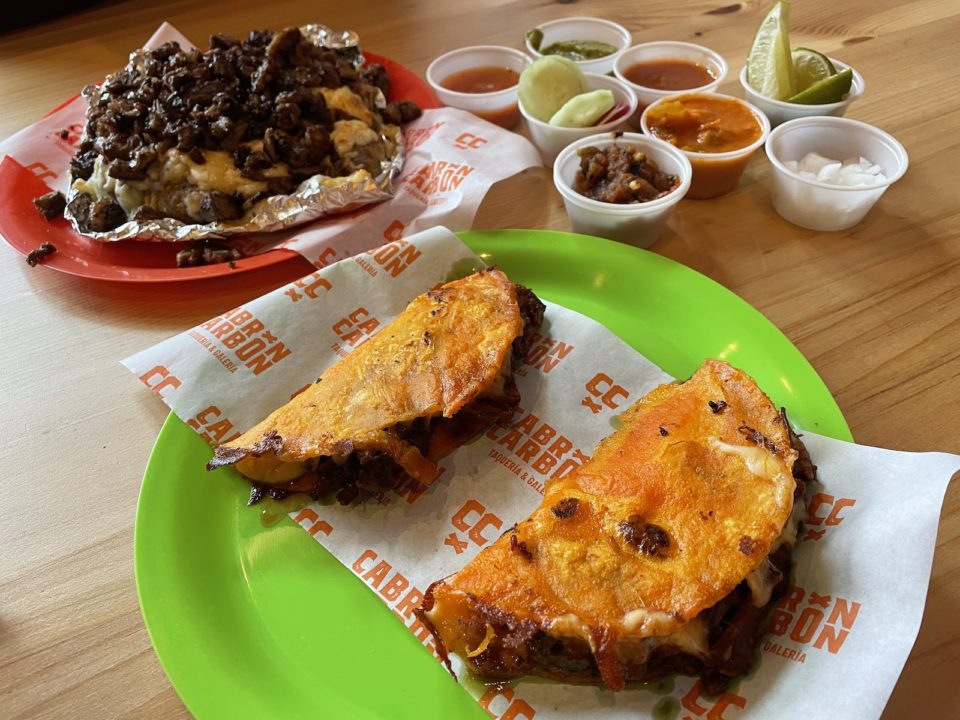 These delicious eateries will satisfy your cravings for everything, from comforting congee to crispy, fried kale salad.

While local restaurants continue to face challenges with staffing and rising food costs in the wake of the pandemic, 2021 has also seen its fair share of sweet new openings. As the holidays approach, a plethora of Denver-area eateries are welcoming guests for the first time, tempting diners with exciting dishes like bacon fried rice, Tex-Mex-barbecue tacos, and bulgogi shaved ribeye sandwiches. Here, 12 new spots that you should visit this fall and beyond.

Six-year-old Onefold debuted a second location near Union Station in July, giving Denverites a fresh reason to roll out of bed early. In the sun-soaked, cheerful space, diners can feast on favorites from the beloved breakfast and lunch eatery’s menu, which is inspired by owners Terese and Mark Nery’s Chinese and Filipino roots, respectively. Our picks include the hangover-curing congee, rice porridge flecked with shredded duck confit, scallions, and salted ginger; the perfectly griddled brioche French toast with fresh berries; and the bacon fried rice, an indulgent stir-fried masterpiece loaded with Tenderbelly bacon and topped with two fried duck eggs. 1919 19th St. (or visit the original location at 1420 E. 18th Ave.)

This spot from Phoenix-based Fox Restaurant Concepts (also behind True Food Kitchen, North Italia, and others) brings a menu of Sonoran-inspired Mexican food infused with contemporary flair to the 9+CO development at 9th Avenue and Colorado Boulevard. Inside the sprawling dining room—which opened this week—guests can settle into a platter of sizzling carne asada fajitas or a “Cheese Crisp,” an open-face quesadilla coated in a layer of charred, melted cheese and studded with toppings like tender short rib machaca (beef that’s been pounded, dried, and shredded), caramelized onions, and guacamole. Both are delicious paired with one of the signature margaritas; we’re partial to the Serrano-chile-enriched Spicy Skinny. If you’re hankering for an after-dinner hangout, venture next door to Culinary Dropout, another new concept from Fox serving Detroit-style pizza, build-your-own charcuterie platters, and elevated riffs on American comfort food in a party-friendly, sports bar atmosphere. 4177 E. 9th Ave

While Tikka and Grill offers popular North Indian staples like tikka masala and saag paneer, the cozy, four-month-old restaurant also serves a bevy of must-try, lesser-known Indian and Nepalese specialities. Start with the tender, tandoori-roasted chicken malai kebabs, then go for the spicy, fresh-coconut-infused madras curry, ideal for sopping up with soft garlic naan. Other standouts on the extensive menu include momo soup, chicken- or veggie-stuffed dumplings swimming in a piquant tomato broth; “chili,” your choice of vegetable or meat doused in a thick, hot chile sauce (try it with the garlicky potatoes or mushrooms); and saffron-scented lamb biryani, basmati rice cooked with pieces of protein and finished with dates and nuts. 1300 S. Broadway

The Greenwich in RiNo is restaurateur Delores Tronco’s love letter to the namesake New York City neighborhood she once called home. Tronco, a co-founder of Work & Class, left Denver in 2017 to pursue opportunities in the Big Apple but returned to Colorado when the pandemic forced her restaurant to close. With the Greenwich—which debuted in late September—she conjures up an inviting, urban ambiance via leather booths, a contrast of dark and light tones, and an impressive collection of New York City–inspired artwork (look for pieces by late legendary street photographer and Tronco’s friend Ricky Powell). The menu sports the culinary stylings of the Greenwich’s executive chef Justin Freeman, a Brooklyn transplant. Highlights include pizzas with fluffy, perfectly blistered crusts (courtesy of Freeman’s 10-year-old sourdough starter); lemon-kissed, roasted littleneck clams; and chicory salad dressed with tangy lemon-anchovy vinaigrette. And don’t sleep on dessert; the basque cheesecake is divine. 3258 Larimer St.

The ambiance is just as big of a draw as the mouthwatering tacos at the fast-casual, month-old Cabrón Carbón, the newest restaurant from Fidel Robles, owner of Cilantro, and husband-and-wife team Camelia Robles (Fidel’s cousin) and Francisco Cuevas, who are also behind La Machaca de mi Amá and El Coco Pirata. Patrons entering the space are greeted by exposed brick walls decorated with colorful black-light-lit paintings by artists from Playa del Carmen and Guadalajara (also check out the murals in the bathrooms by local artist A.Michel Velázquez Rosas of Velart Denver Co); a bar stocked with tequilas and mezcals; and two big flatscreen TVs showing the taqueria’s menu. You can’t go wrong with any of the tacos (the chile-sauce-slicked barbacoa and griddled-to-a-crisp quesabirria are our favorites), but don’t overlook the papa asada—a grilled, halved potato brimming with melty cheese and your choice of meat. Complement your meal with a marg made with fresh fruit juice or a toasted-marshmallow-garnished horchata agua fresca. 1043 N. Broadway

Plates By the Pound BBQ

Aaron Gonerway’s journey to owning a restaurant began in 2020 when his wife Sherrita told him it was time to start selling his barbecue. That’s why the blossoming pitmaster began offering platters of ribs, brisket, pulled pork, beef kielbasa sausages, and home-style sides for sale from his home. The popularity of his backyard fare led Gonerway to earn a fellowship from the KingsFord Preserve the Pit program, which also gave him a grant to get a brick-and-mortar off the ground. In mid-September, he opened a takeout-only storefront in Aurora, where, on Saturdays only, he cooks delicious smoked meats and sides like beans with smoked turkey and creamy potato salad inspired by his Texas upbringing. Get there between 10:30 and 10:40 a.m. at the latest to beat the crowds (he usually sells out by 1:30 p.m.). Those who don’t make it in time can also taste Gonerway’s talent at TrashHawk Tavern on Wednesday evenings, when he serves pulled pork sandwiches, rib dinners, and other stellar pub grub. 11601 E. Montview Blvd., Aurora; 1539 S. Broadway

Housed in a former C.B. & Potts building, Troy Guard’s two-month-old food hall has something for everyone—from fiery chicken to poke bowls to comforting, bread-heavy pizza slices. While smaller than many Denver-area food halls, Grange packs in the flavor with a mix of Guard’s original concepts (Rado Burger, Bubu, and Crazy Love Pizza), and newcomers like California-based Crack Shack and the first brick-and-mortar outpost of Denver’s popular food truck Uptown & Humboldt. Also new, Little Dry Creek Brewery (named after the water source that feeds the hall) pours original brews and signature cocktails. Our picks: Grab a Firebird (hot chicken sandwich) and Grange Fries from Crack Shack, and pair them with a “Mile HI-PA” or a refreshing, whisky-based yuzu highball from the bar. 6575 Greenwood Plaza Blvd., Greenwood Village

Drop your worries at the door at one-month-old La Bouche, which offers an anytime Parisian escape in Uptown. Husband-and-wife owners Alexis and Alexandra Tréton opened La Bouche in late September after moving to Denver from the suburbs of their native Paris in late 2020. The duo fell in love with the city (and the sunshine, they say), but when they arrived, they couldn’t find a spot for the leisurely glass of wine and great charcuterie like they enjoyed in France. So La Bouche (which translates to “the mouth”) was born as a way to bridge the gap, melding the laid back vibe of a French café with Colorado’s own unique culture—evident in the modern, bright white-and-black interior and sunny patio. The Trétons say they want La Bouche to be a place where people from both cultures can talk, forget about their phones, and enjoy each other’s company over a slow-sipped glass of wine. Don’t miss the daily happy hour, when carafes and glasses are discounted. 1100 E. 17th. Ave.

Despite popular opinion, the southern suburbs are ripe with foodie fun, and in the past year, new fixtures Pindustry and Grange Hall have given us destinations to venture south for. Now there’s one more. In October, Denver darling Prost Brewing Co., opened a sprawling campus in Highlands Ranch, complete with a larger-than-life beer bar, a fire-pit-laden patio with yard games and a stage, and a walk-up food window dishing out sausages, sandwiches, and shareables like soft pretzels and a German-style charcuterie board. The new location also features cocktails, seltzers, and wine on draft—we like the Naughty German, a European-style paloma with tequila, grapefruit, lime, Bärenjäger (honey liqueur), and cinnamon. 53 Centennial Blvd., Highlands Ranch

Taking over Lea Jane’s former stall at Highland’s Avanti Food & Beverage is Vaca Gordo—a barbecue-meets-Tex-Mex fusion spot serving slow-smoked brisket tacos, al pastor pulled-pork Frito pies, and jalapeño cheddar sausage tostadas. Chefs Steve Redzikowski of Oak at Fourteenth and Bill Espiricueta of Smōk and Bellota have been friends for years and teamed up on this new project to share their mutual love of barbecue and zesty American-Mexican food with guests. Diners can choose their own adventure by selecting a base (tortillas, rice and beans, tostadas, and salad are all fair game), and top with a slow-smoked protein of their choice. After gorging yourself on ’cue, finish with a four-piece order of warm churros served with dulce de leche. Avanti Food & Beverage, 3200 N. Pecos St.

Six months after chef Charles Mani’s beloved restaurant Urban Village closed due to difficulties related to the pandemic, Mani has opened a new iteration of the fine-dining Indian spot: Urban Village Grill in Park Meadows Mall in Lone Tree. To the delight of fans of the New York–trained chef, this expanded eatery features Mani’s signature dishes: crispy kale salad, sweet-and-tangy fried cauliflower, and “Not Your Mother’s” butter chicken—all elevated versions of traditional Indian cuisine. New for guests is an outdoor dining experience with tabletop grills that allow diners to cook their own chef-marinated chicken, shrimp, lamb, and beef without leaving the comfort of their seats. Urban Village Grill also features single-serving cheesecakes and mousses that are as decadent (and delicious) as they are lovely. 8505 Park Meadows Center Dr., Ste. 2184, Lone Tree 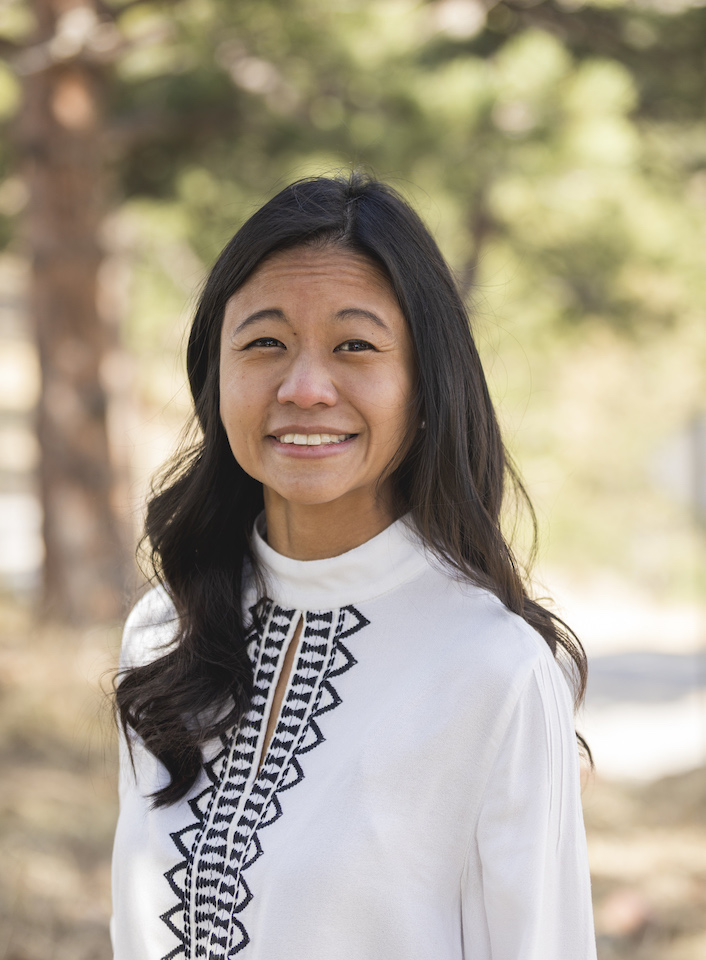 Patricia joined the 5280 staff in July 2019 and is thrilled to be overseeing all of 5280 Magazine’s dining coverage. Follow her food reporting adventures on Instagram @whatispattyeating. 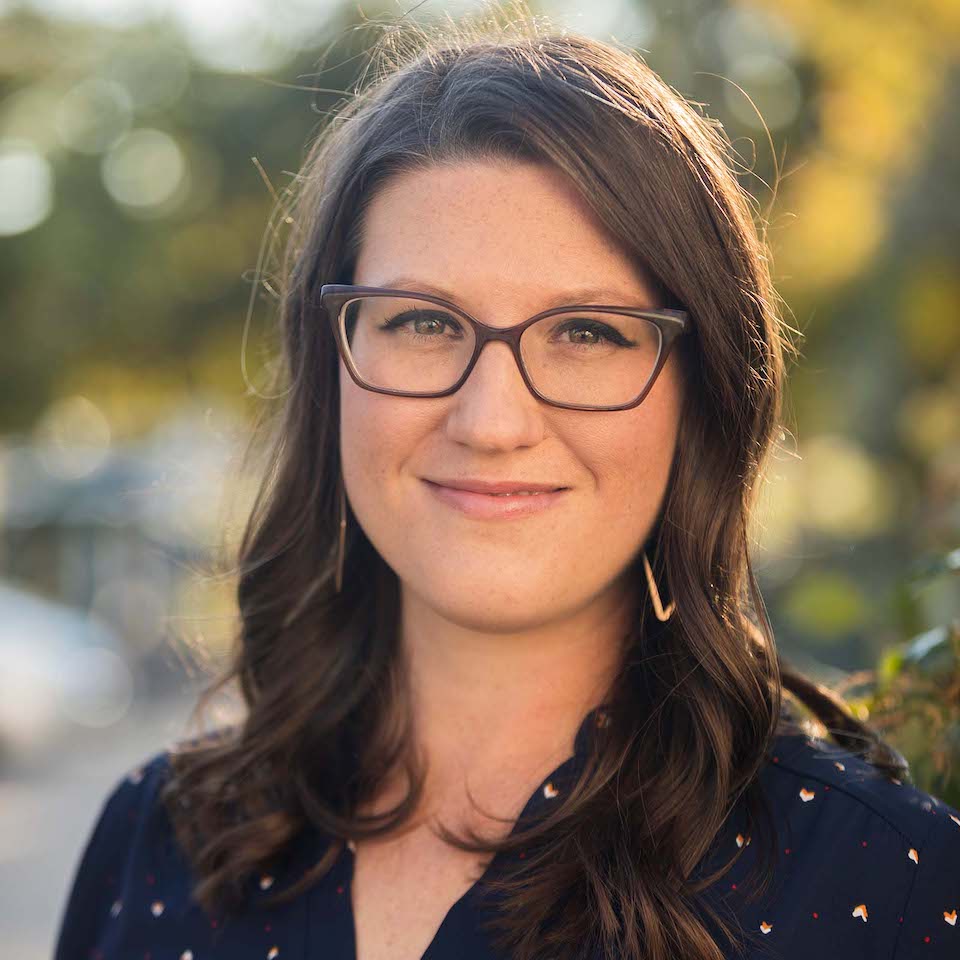 Riane is 5280’s associate food editor. You can follow her culinary adventures at @riane__eats.