The Chinese alphabet has proved a blessing for Australia’s athletes in the sub-zero Beijing weather with the team making a late entrance into Beijing’s Birds Nest stadium for the Winter Olympics opening ceremony.

Led by flag bearers Laura Peel and Brendan Kerry, the Australians avoided marching and then having to stand in the infield for a lengthy period of time through the ceremony with the temperature dipping well below zero on Friday night.

Amid a spectacular ceremony, the Australian delegation was third last in the parade of athletes from 91 nations, followed by Italy who will host the next Winter Games and the host nation China.

As it was in 2008 when China hosted the Summer Olympics, the order was determined by the Chinese alphabet.

Both triple Olympians, Kerry was the first figure skater to carry the flag while aerial ski world champion Peel followed in the footsteps of 2002 gold medallist Alisa Camplin, leading 19 Australian athletes out from the team of 43. 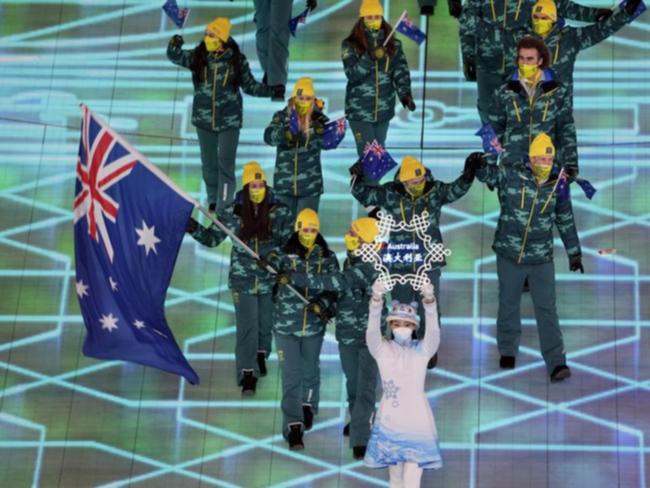 “It’s such an honour and I’m truly grateful to be able to lead the team into the opening ceremony,” 32-year-old Peel said.

The largest contingent came from the team’s snowboard cross athletes, with five joining the parade.

A number of other Australian athletes who didn’t make the trip from the mountains in Zhangjiakou for the ceremony staged their own parade around their Olympic village.

In the stadium, Chinese athletes Dinigeer Yilamujiang, from Altay, Xinjiang, and Zhao Jiawen, a 21-year-old biathlete, were given the honour of delivering the flame and ending the ceremony by sending a smaller-than-usual flame into the sky on a giant snowflake. 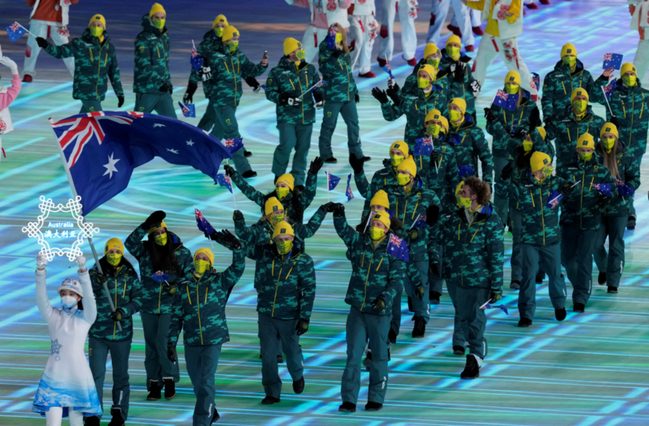 The choice of 21-year-old Yilamujiang, the first Chinese cross-country skiing medallist at any FIS-level event and a genuine medal hope for the hosts, was highly symbolic as he is a member of the country’s Uyghur Muslim minority.

His appearance came as many western nations diplomatically boycotted the Games over China’s treatment of Uyghurs in Xinjiang.

With the flame lit, Beijing has now become the first city to host both winter and summer Games.

Pregnant woman, 21, strangled by her own hair dies during job interview