Spring TV is bursting with juicy true crime dramas. And as in any good crime drama, there’s a twist.

The actors playing the notorious characters are some of Hollywood’s finest, including Oscar winners Renée Zellweger, Julia Roberts and Sean Penn.

Zellweger is close to being unrecognizable as loathsome killer Pam Hupp in NBC’s six-part scripted series “The Thing About Pam.” The story, covered by “Dateline” and an immensely popular podcast, starts with a brutal 2011 murder that turns into one of the most astonishing whodunits in recent history.

Penn and Roberts also got made over for their roles in “Gaslit” (8 p.m. April 24, Starz). They play convicted Watergate criminal Attorney General John Mitchell and his wife, Martha, whose revelations to the media didn’t do her husband any favors.

More big stars playing bad people include Colin Firth as accused killer Michael Peterson in “The Staircase” (spring, HBO Max) and Elle Fanning in “The Girl From Plainville” (March 29, Hulu), about Michelle Carter, who was found guilty of involuntary manslaughter for encouraging a friend to commit suicide.

Not all the upcoming shows about real people have such a dire slant. Uplifting offerings include a star-studded series about remarkable first ladies and a drama about groundbreaking TV chef Julia Child.

Fictional horror and sci-fi also also are on the menu from March to May, along with an addictive police drama from award-winning collaborators David Simon and George Pelecanos of “The Wire” fame.

Here are 10 new spring dramas and comedies definitely worth investigating:

“The Dropout”: Elizabeth Holmes quit Stanford University to found Theranos, a promising startup that claimed to have the technology to run medical tests off a single drop of blood. Her quick rise and fall is chronicled in this eight-episode series, which sheds light on the flawed young woman behind the infamous scandal, the people she hurt along the way and the prominent investors she bilked.

Apart from donning Holmes’ trademark black turtleneck, messy hair and distinctive posture, Amanda Seyfried, an Oscar nominee for last year’s “Mank,” tried her best to capture the deep voice the fallen entrepreneur affected when speaking publicly. “I had to work really hard to get there because I speak at such a higher level than she does naturally,” Seyfried said in an online Q&A. “So even though she was deepening her voice more and more to what we all understand is for power’s sake, I still couldn’t get all the way there.” First three episodes premiere Thursday, Hulu. 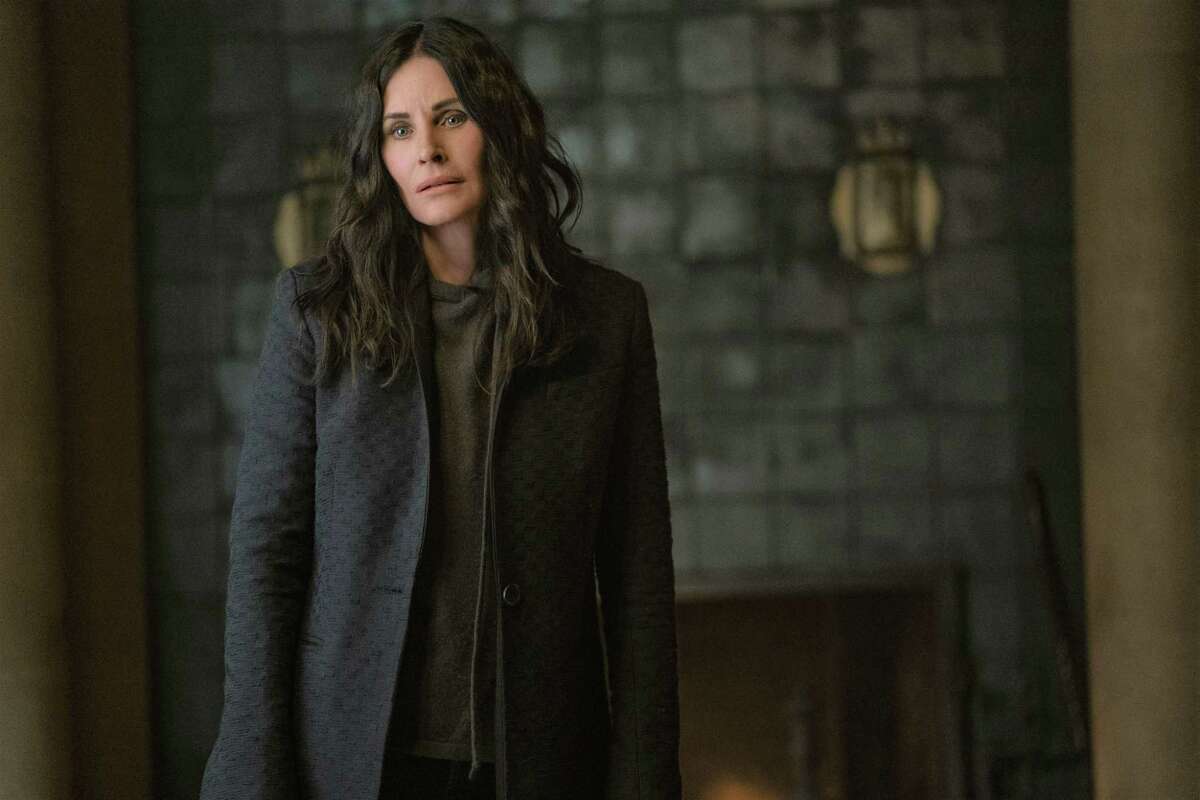 “Shining Vale”: Is more than her infidelity haunting Pat (Courteney Cox) after she and her family move into a home in the country?

“Shining Vale”: This horror-comedy from Jeff Astrof and Sharon Horgan (“Catastrophe”) skips along with the ease of the female ghost that inhabits the Phelps family’s new country residence. Stars Courteney Cox and Greg Kinnear turn in flawless performances as a couple with teenage children who are trying to start anew after wife Pat repeatedly bedded the handyman. They move into a historic home that Pat, a writer of trashy novels, learns is haunted. Or does she?

Scares are nothing new to “Scream” vet Cox, but what the actress loved about the “Shining Vale” is how honest it was. “It deals with real life issues — family, infidelity, mental illness, fill in the blanks,” she told TV critics in an online session last year. “It was just so rich and funny and great.” Two episodes premiere at 9:20 p.m. Saturday, Starz. 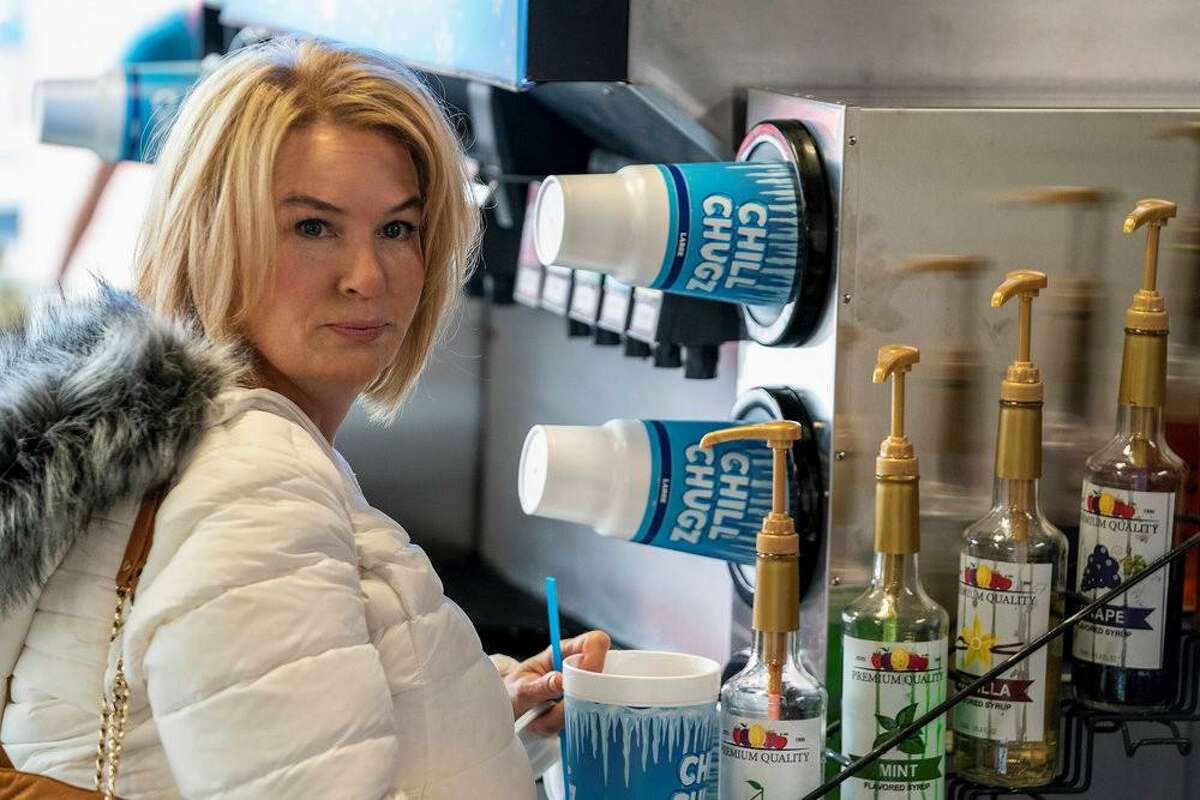 “The Thing About Pam”: Narrated by “Dateline’s” most distinctive voice, Keith Morrison, this dramatic retelling of the bewildering stabbing murder of Betsy Faria 10 years ago is as entertaining as it is shocking. It shows how a rush-to-judgment by police and the district attorney to pin the murder on her husband, Russ — helped along by damning statements from Faria’s supposed friend Hupp — ended in his conviction.

He ultimately was exonerated, which set off a chain of events that led to the unearthing of a diabolical scheme hatched by Hupp, who had taken Betsy home that fateful night and stood to gain $150,000 from life insurance. Making this true crime series stand out is its mix of tragedy and humor — a “real push-and-pull between the levity and the drama,” said showrunner Jenny Klein. 9 p.m. Tuesday, NBC. 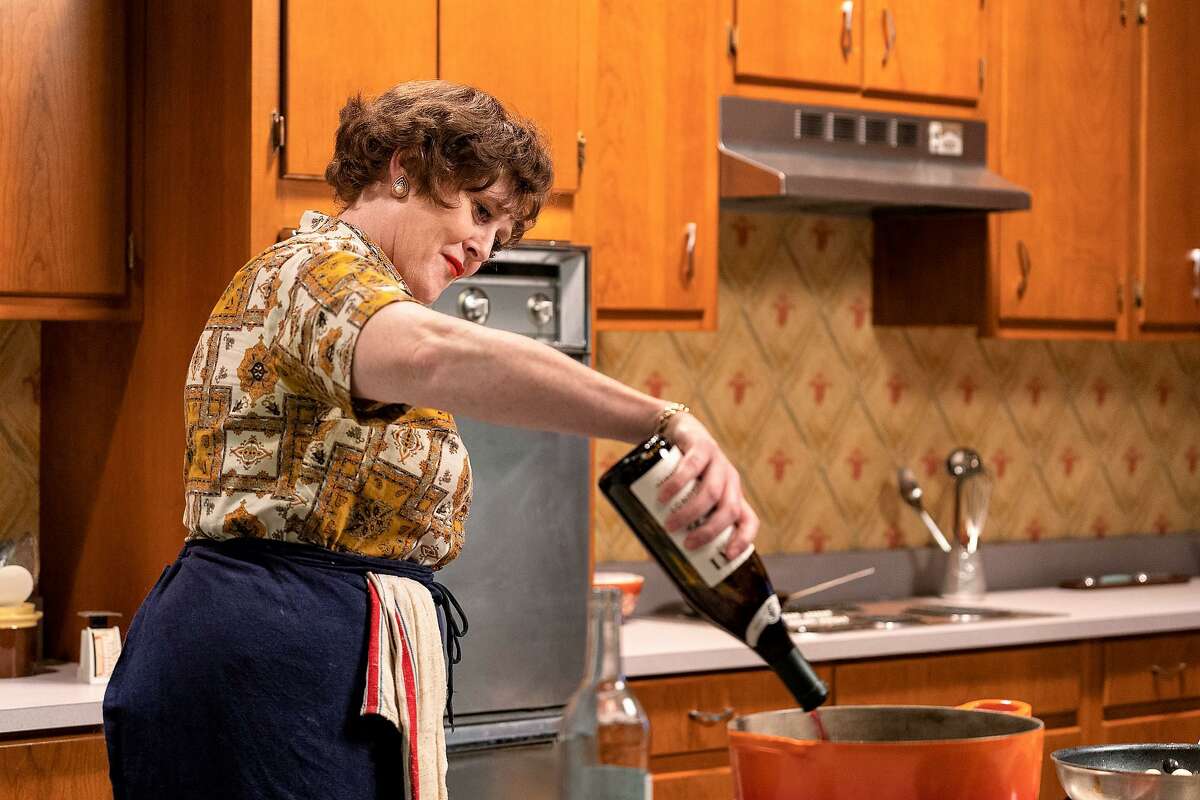 “Julia”: As good as Meryl Streep’s portrayal of Julia Child was in the 2009 film “Julie & Julia,” British actress Sarah Lancashire (“Last Tango in Halifax”) may have her beat. She certainly channels many sides of the iconic Child in this series inspired by her extraordinary life and long-running television series “The French Chef,” which pioneered the modern cooking show.

Through Child’s infectious joie de vivre, the series explores a pivotal time in American history — which included the rise of feminism and the emergence of public television as a social institution. At its heart, “Julia” also is a portrait of a loving marriage (David Hyde Pierce plays Child’s husband) that experienced a shifting power dynamic and lots of glorious food prepared in the couple’s kitchen. March 31, HBO Max. 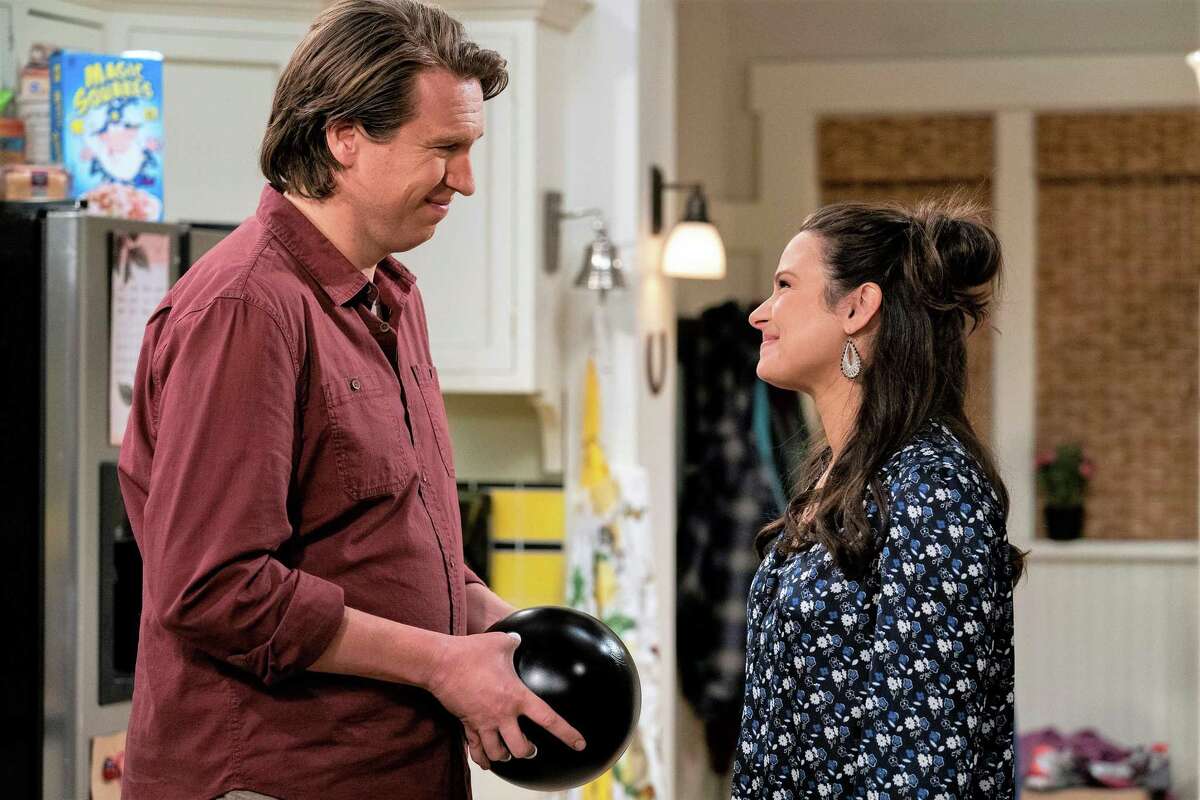 Pete Holmes and Katie Lowes star in “How We Roll.”

“How We Roll”: Pete Holmes, who delighted viewers for three seasons in HBO’s “Crashing,” is funny and relatable in this sitcom about second chances. It’s based on the life of pro bowler Tom Smallwood. After the Midwest husband and dad gets laid off from a car assembly line and has a tough time finding other work, he decides to pursue a career as a professional bowler — his lifelong dream.

He gets the ball rolling with a loving go-ahead from his beautician wife (Katie Lowes) and the down-to-earth support of Archie (Chi McBride), his mentor and the proud owner of Archie’s Lanes: Home of the Curly Fry. But the charm of this show is due to Holmes, whose ease with comedy is, in some ways, reminiscent of the late John Ritter. 8:30 p.m. March 31, CBS. 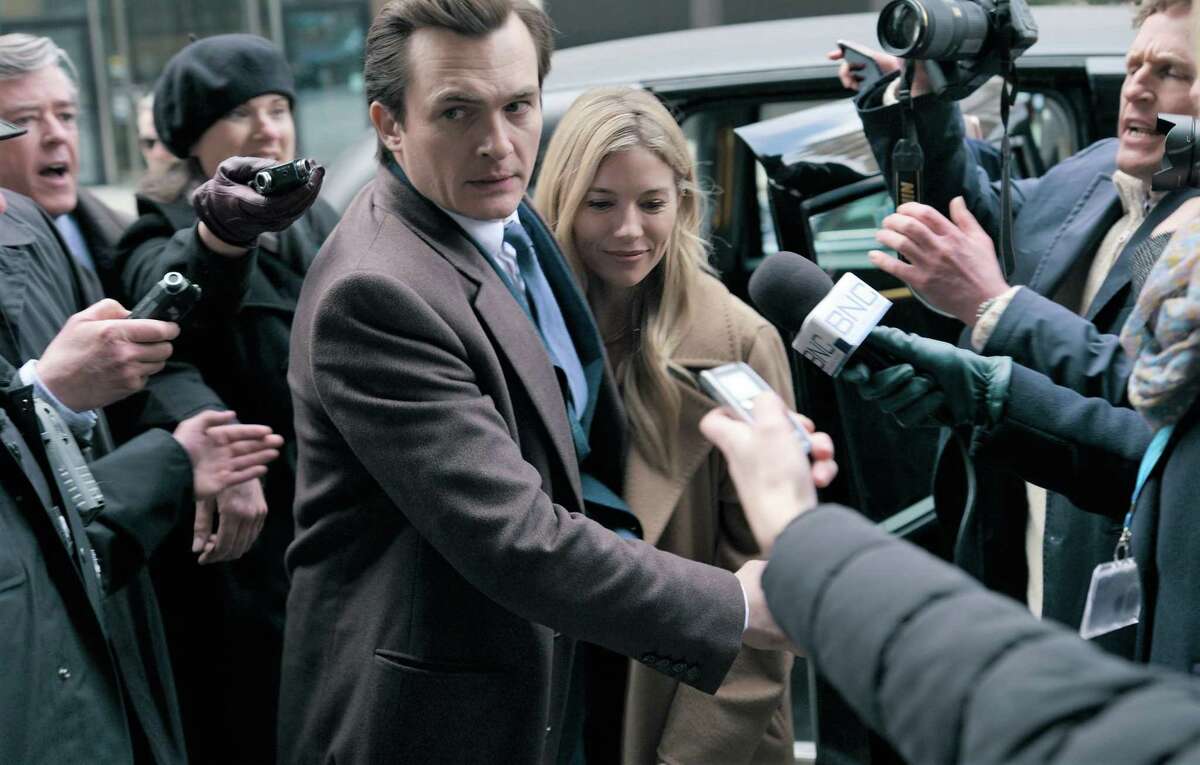 “Anatomy of a Scandal”: In this psychological thriller, Rupert Friend portrays a Parliament minister engulfed in scandal. Sienna Miller plays his wife.

“Anatomy of a Scandal”: Writer and producer David E. Kelley, who gifted us with “Big Little Lies” and “The Undoing,” has proven he’s an ace at stories of crime and scandal, and their destructive effect on the home. Now he unfurls a new thriller, this time set in England. Once again, events involving illicit sex, dangerous secrets, an accusation and a trial threaten the ruination of career and family.

Based on the novel by Sarah Vaughan, this one chronicles the escalating fall of an ambitious political star when the tabloids first splash details of an affair with his researcher that turns into an accusation of rape. Rupert Friend (“Homeland”) plays the man accused; Sienna Miller portrays his stunned but loving wife; and Michelle Dockery of “Downton Abbey” is the justice-driven prosecutor. April 15, Netflix. 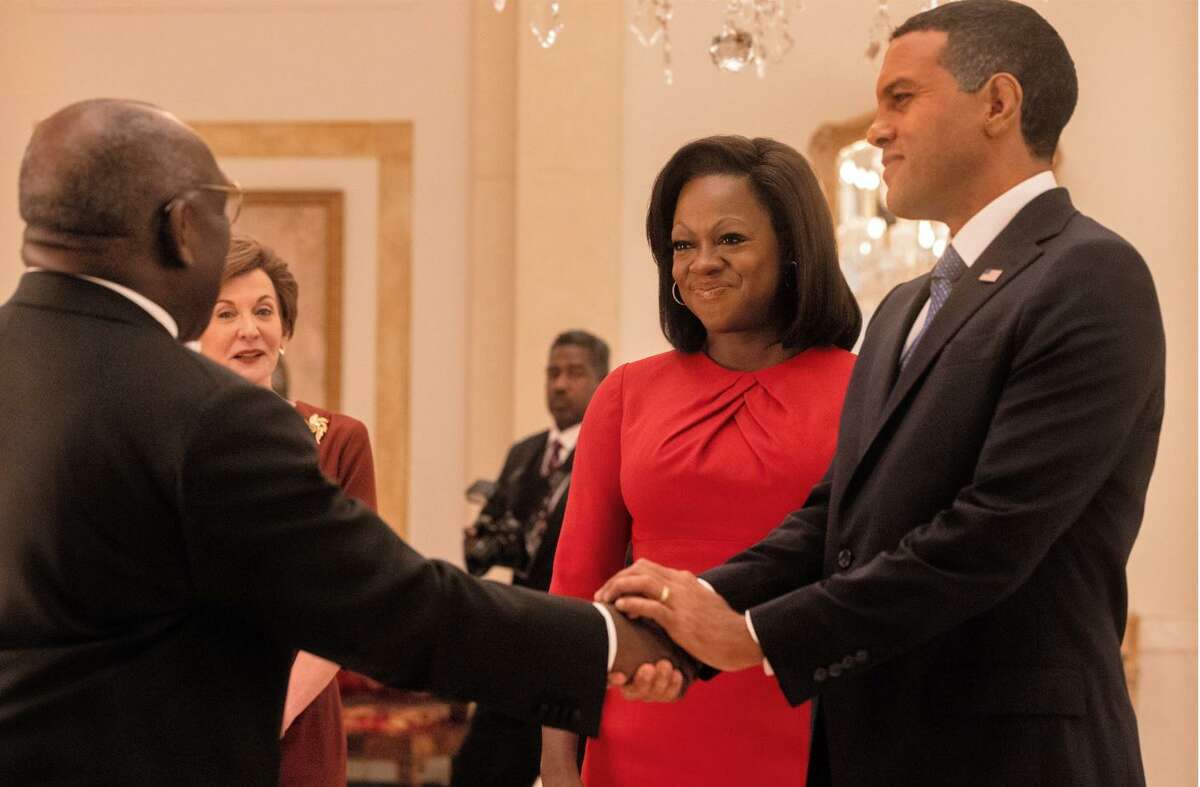 The First Lady”: Michelle Obama (Viola Davis) is one of three first ladies in this anthology series.

“The First Lady”: In this anthology series, three U.S. presidencies are seen through the eyes and actions of first ladies who were bent on going beyond the traditional social obligations of the role. All were determined to have their voices heard and make a real difference in the world. Each hour stars Viola Davis as Michelle Obama, Gillian Anderson as Eleanor Roosevelt and Michelle Pfeiffer as Betty Ford. San Antonio resident Jackie Earle Haley has a recurring role as Louis McHenry Howe, political adviser to FDR.

The women’s individual stories are interwoven throughout using the similarities among them — such as their efforts to push against White House pressure to stay in the background. Davis had a unique challenge. She described the experience of portraying a first lady who’s not only still living but vibrant and fresh in people’s minds as “terrifying.” “It keeps you up at night,” she continued, “because you don’t want to insult them by your portrayal.” 8 p.m. April 17, Showtime. 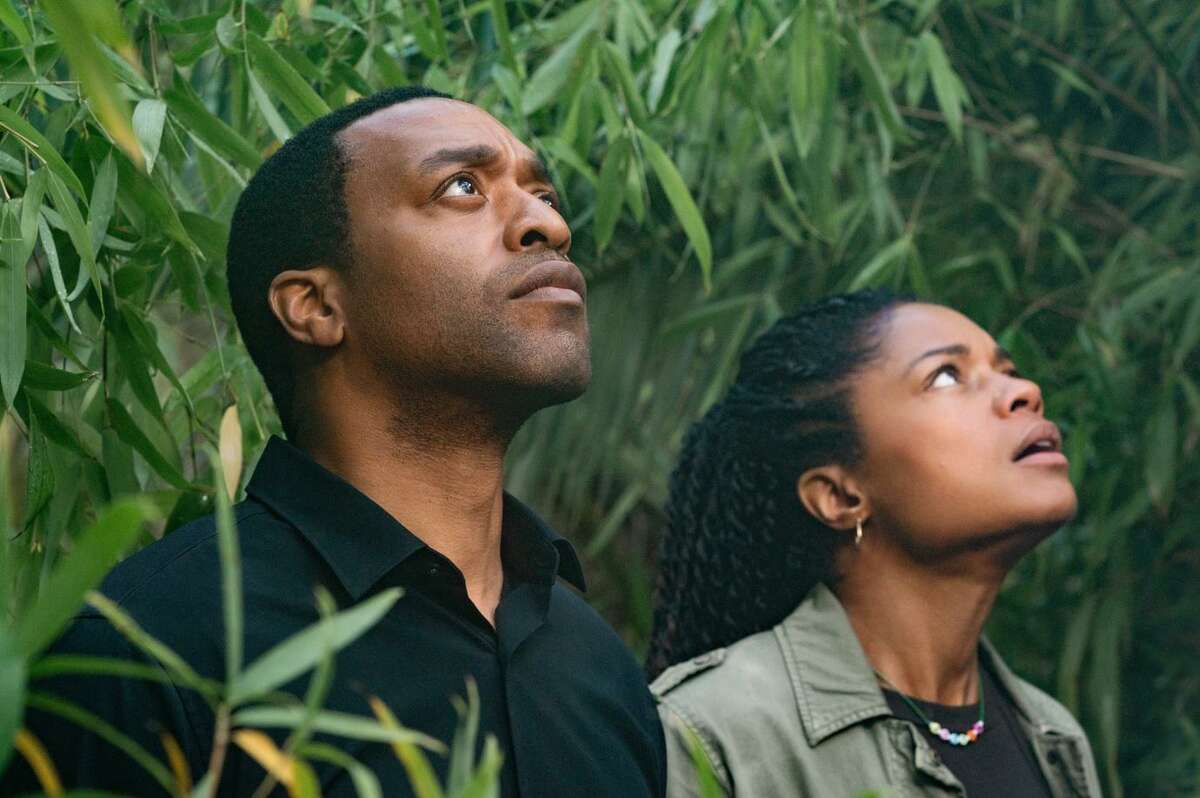 “The Man Who Fell to Earth”: This series isn’t a remake of the 1976 David Bowie film directed by Nicolas Roeg. It’s a follow-up featuring a new alien visitor named Faraday (Chiwetel Ejiofor, “Twelve Years a Slave”). Like the film, this visually stunning drama is inspired by Walter Tevis’ novel, which is part sci-fi, part social commentary. As writer and producer Alex Kurtzman pointed out in an online panel discussion, the timeless questions the author asks are certainly applicable to today’s world. “What choices are we going to make now if we want to choose to survive?” Kurtzman said. “We are obviously at a tremendous crossroads.”

Part of Faraday’s mission is exploring what it means to be human, and Ejiofor depicts the journey — from speaking to tasting — beautifully and breathlessly. “An alien becomes a wonderful prism through which we get to view ourselves because every experience for him is a first,” Kurtzman said. “He’s like a child having a first piece of birthday cake or experiencing color for the first time or looking at the sky or breathing our air.” 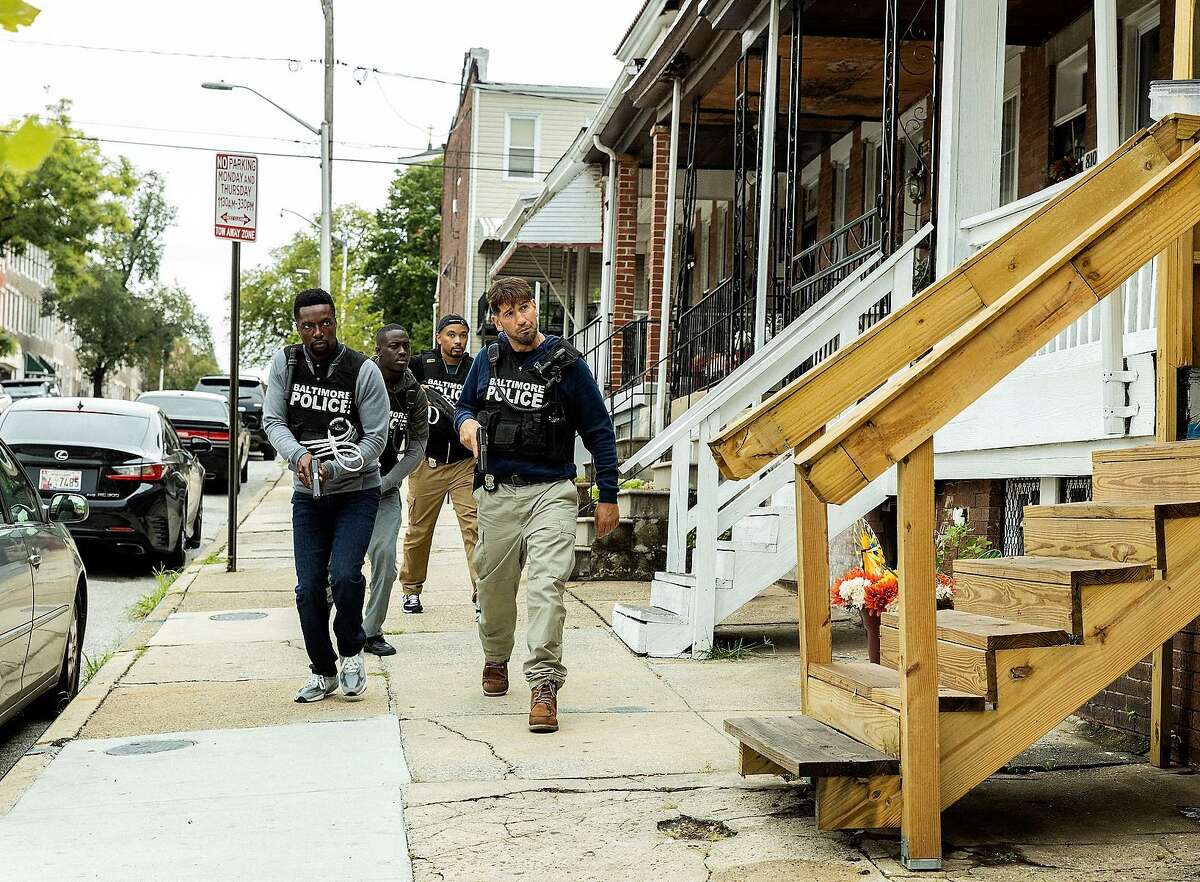 “We Own This City”: This cop show from the team behind “The Wire” follows a rogue police unit during the era of mass incarceration.

“We Own This City”: The latest from writers and executive producers extraordinaire Simon and Pelicanos is a gritty, at times horrific, look at a truly hot-button issue of the moment: how a city’s police and criminal justice systems repeatedly fail its citizens, particularly when racism, money and drugs are in the mix.

The creators return to Baltimore, where they focus on a rogue police unit at the height of the era of mass incarceration. “It’s a true story,” Simon said during a TV panel. “Baltimore (has been) committed over the last 30 years to the drug war — and to mass arrest as a result of that drug war. And as a consequence, it destroyed police work in a lot of fundamental ways.”

The cast, including Jon Bernthal (“The Walking Dead”) and Josh Charles (“The Good Wife”), deliver performances that are heart-pounding and authentic even as the police officers whom they play use tactics that will make you cringe. Pelicanos stressed that “We Own This City” isn’t “hating on the police.” “We were trying to find a way to … make it better,” he said. 8 p.m. April 25, HBO. 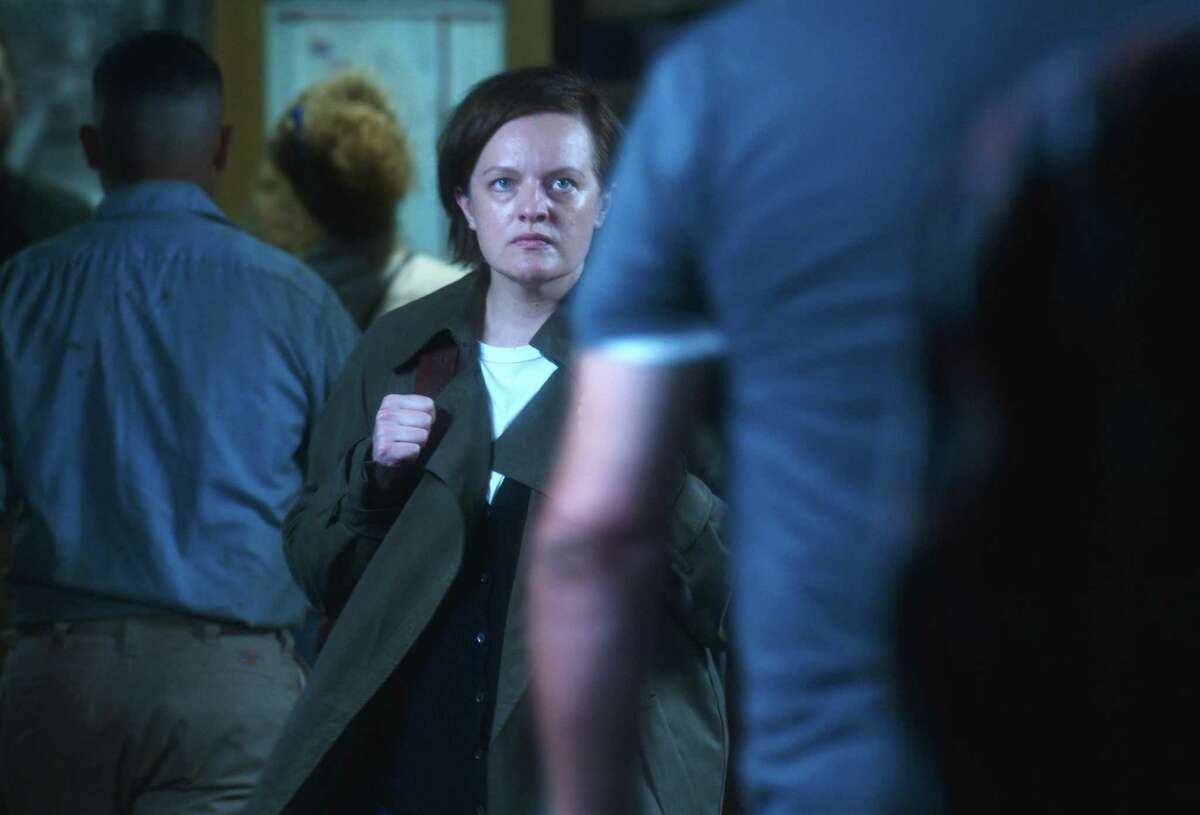 “Shining Girls”: Elisabeth Moss of “The Handmaid’s Tale” is memorably riveting playing, once again, a tormented woman fighting the odds to seek justice after great harm is done to her. The story is based on the bestselling novel by Lauren Beukes that combines crime, horror and science fiction. It centers on a time-traveling Depression-era drifter who must murder the “shining girls” of the title to enable him to continue his travels.

This intensely frightening eight-part series is both executive-produced by and stars Moss as a young woman living in 1990s Chicago. She was the only one of the time jumper’s victims to survive his brutal attack, but the experience left her in an unnerving shifting reality. Although it sounds crazy, Moss’ very real performance manages to keep events down-to-earth and viewers addicted. April 29, Apple TV+.

Jeanne Jakle is a freelance writer in San Antonio.