The New York Jets and New York Giants have a lot in common and it’s not just that they share a home stadium in New Jersey.

Both organizations are legacy brands that have been navigating rough times lately. Both hired and fired new general managers and head coaches the past couple of years. Both hope their young quarterbacks quickly become good, young quarterbacks.

But if we’re comparing philosophies about attending the NFL Combine, that’s where we’ve got a significant difference of opinion in the Big Apple.

The Giants have new head coach Brian Daboll in Indianapolis and very much taking part in all the meetings with players and his personnel department, which is headed by new general manager Joe Schoen. 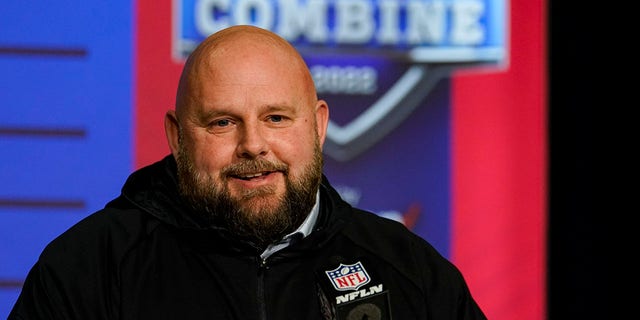 The Jets have GM Joe Douglas here but head coach Robert Saleh believes it’s smart that he’s back home catching up on other work while watching Indy activities via Zoom connections.

“We felt like it would be a great use of our time to stay here, dive deep into the draft, work on free agency, revisit the Senior Bowl. So, we’ve gotten a lot of work done.”

The fact is the vast majority of coaches are in Indianapolis. San Francisco’s Kyle Shanahan, Rams coach Sean McVay, and Saleh are not.

That means a vast majority of teams believe there’s value in having the coach as well as the personnel department on site. 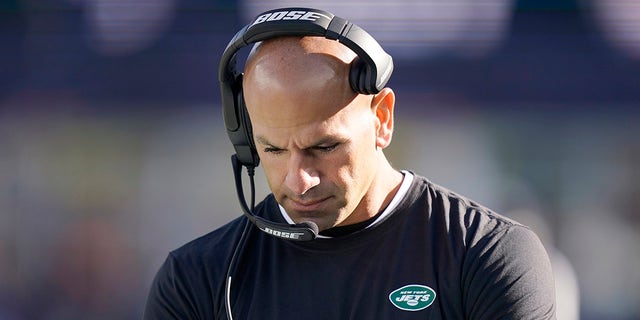 OutKick spoke to a handful of player personnel people and coaches this week and asked whether Combine attendance was an advantage. And, admittedly, all of those people are attending so their opinion might be biased from the start.

Schoen, the new general manager hired last month, believes having Daboll and others in the room for meetings with prospects is an advantage.

“Yeah, absolutely,” he said. “I think when a coaching staff and a personnel staff are aligned on a pick, I think those are sometimes your best picks and they’re also the type of people you want in the building.

“I think sometimes we throw some soft tosses maybe to the coaches, ‘Hey, this guy’s pretty good,’ and they pay a little bit more attention to those guys at the Combine and now you get them on board. We have the players we like and then some of our job is ‘OK, how do we navigate it to get the coaches to where we are?’ And this is the start of that process.

Schoen believes the Giants not only have to find the right players but the right people. And the best way for everyone to understand what the prospects are about is to meet them in person rather than on a Zoom. And to spend as much time with them as possible.

“Some of the players we interview, we may know they’re great kids and then they come in and they blow it out of the water and the coach is like, ‘Yeah, I like that guy,'” Schoen said. “Well, that’s part of the plan too to get them to where you want them to be. I think it’s very important for our coaching staff to be here, and I’m glad they’re so immersed in the process and they’re excited to help us out from the coaching staff side.” 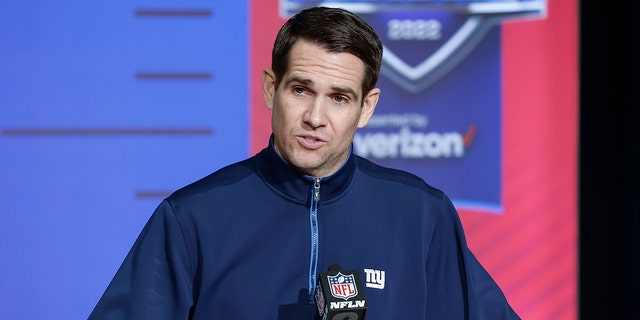 Joe Schoen, general manager of the New York Giants speaks to reporters during the NFL Draft Combine at the Indiana Convention Center on March 1, 2022 in Indianapolis, Indiana. (Michael Hickey/Getty Images)

“We’re still getting everything that we need out of the [Combine] from an ‘exposure to the player’ standpoint,” the Jets coach said. “But we felt like by being here, we were able to get so much more work done with regards to scheme and draft and free agency and all of that. I feel very good about where we are and feel like we’re getting a lot better this week.

“I’m really happy about the decision we’ve made and the direction we’re going.”