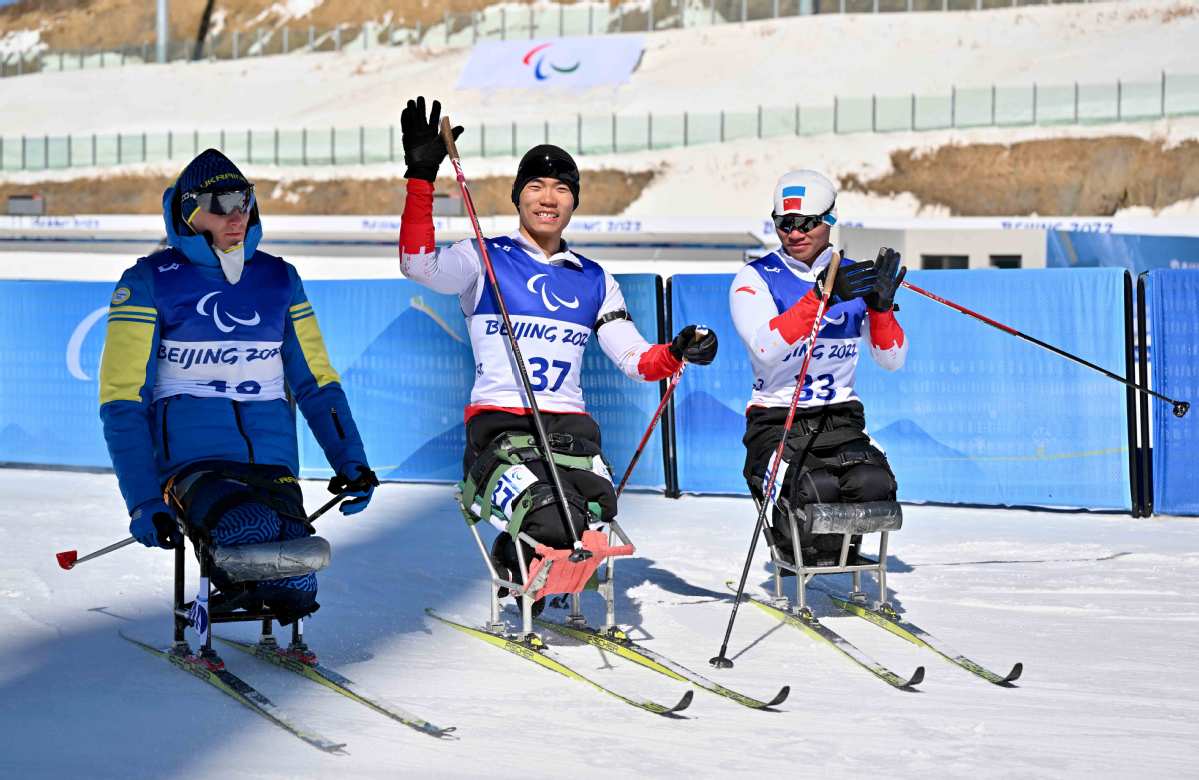 Liu, 24, who began to train in the sport in 2017 in Heilongjiang Province, had his major debut at Beijing 2022 and made his mark at the first shot.

He wrapped up the race in 18 minutes and 51.5 seconds, 17.5 seconds ahead of Ukraine’s Taras Rad, who had to settle for the silver mainly because he missed one shot through the two-round shootings.

“I’m quite satisfied with my performance today and it feels so good to make history for my country,” said Liu, who gave China the first ever Paralympic gold from an individual event.

“Para biathlon is a sport combining still and moving, it’s really challenging, so I’m happy to do a great job today.”

Liu will next compete in another two events in Para biathlon and one in Para cross-country. “I will try my best in those disciplines waiting for me and I hope I can have more good results,” added Liu.

Another Chinese Liu Mengtao was third trailing his winning compatriot by 41.8 seconds as the 20-year-old was also penalized one minute due to missed shot.

Liu Zixu made all the ten shots to better off the much experienced Rad, who was the men’s biathlon 12.5km middle sitting winner and ranked fifth in the men’s sprint sitting event four years ago in PyeongChang.

Rad was pleased with his second-placed performance. “I am happy with the result. I concentrated on this race and I will dedicate this medal to my country,” said the Ukrainian.

This is the first gold medal for the host nation at Beijing 2022 and only the second gold medal in Paralympic history after China won its first ever gold from wheelchair curling at PyeongChang 2018.