The Best Shows and Movies to Watch This Week: Pixar’s Turning Red, Peacock’s Bust Down

Bow down to Bust Down, a great new Peacock comedy that’s also today’s highlight on our list of the best shows and movies to watch this week. The series follows four employees at an Indiana casino who keep landing in darkly absurd situations, and it’s already one of the streamer’s funniest shows. They really do Peacock comedy. Looking ahead to the weekend, keep your schedules open for the Samuel L. Jackson-starring The Last Days of Ptolemy Grey, as well as Pixar’s Turning Red and Netflix’s Formula 1: Drive to Survive.

Our list of editors’ picks for the week of March 10-March 16 is below, but if that’s not enough and you’re looking for even more hand-picked recommendations, sign up for our free, spam-free Watch This Now newsletter that delivers the best TV show picks straight to your inbox. You can also look at our massive collection of recommendations, as well as our list of suggestions for what to watch next based on shows you already like.

Save on Paramount+, Roku, and more with the top streaming deals this week

THE BEST SHOW TO WATCH TONIGHT 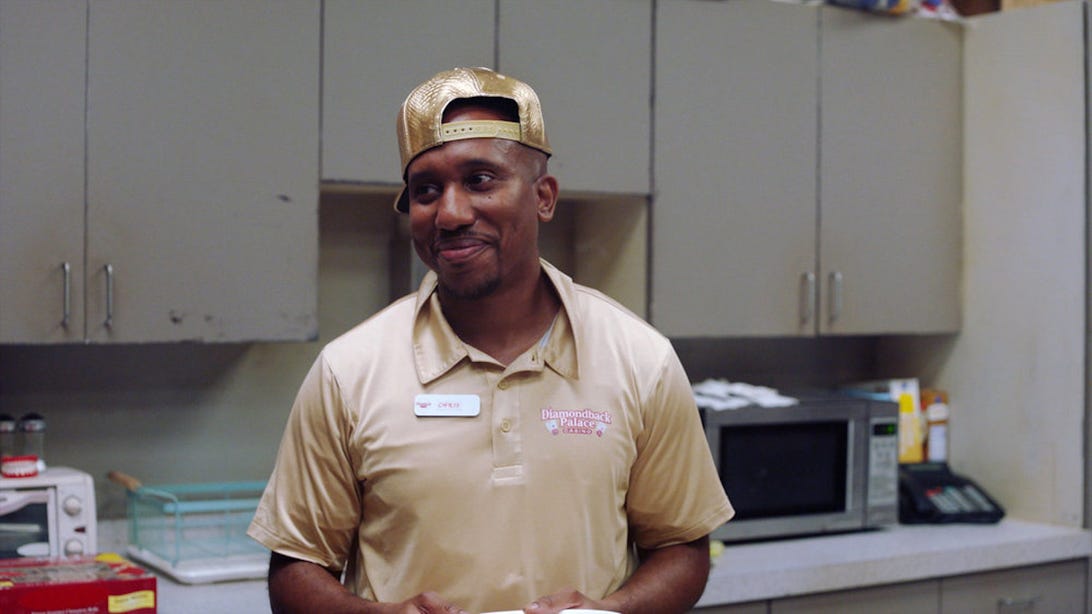 Series premiere Thursday, March 10 on Peacock
Good for Chris Redd, who continues his reign as NBCUniversal’s golden boy with his latest series. Bust Down is a true hangout comedy about a group of friends — played by Redd, Sam Jay, Langston Kerman, and Jak Knight — working dead-end jobs at a casino in Indiana, living seemingly monotonous existences until they accidentally get themselves in deep with some casino bosses. Its very irreverent trailer made me laugh, which is such a rarity that I have to take it as a sign of fun things to come, and at only six episodes it’s a quick watch that won’t take up too much of your time. –Allison Picurro [Trailer]

THE BEST SHOWS AND MOVIES TO WATCH THIS WEEK 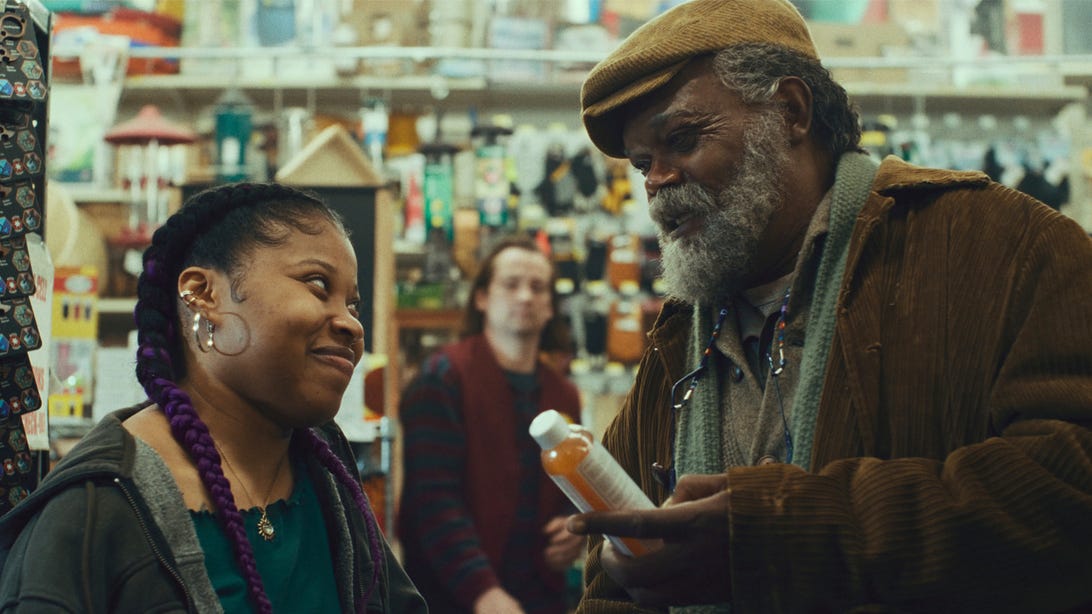 The Last Days of Ptolemy Grey

Limited series premiere Friday, March 11 on Apple TV+
Samuel L. Jackson can use all six episodes of this new limited series as an Emmy reel. He’s that good as Ptolemy Grey, a man who feels the effects of dementia while also searching for the killer of his nephew and caregiver using experimental medicine that allows him to experience stretches of lucidity. But the real heart of the series is Ptolemy’s relationship with his new caregiver (Dominique Fishback, also Emmy-worthy), a teenager with a big heart who takes on the responsibilities that others won’t. While a bit scattered — it’s a murder mystery, a story about dementia, a relationship drama, and through flashbacks, a history of the racist and deadly South — Fishback and Jackson’s work is stellar, and if you’re looking for a good cry, the series never shies away from milking the emotional core for all it’s worth. Two episodes premiere Friday, followed by weekly releases. –Tim Surette [TRAILER] 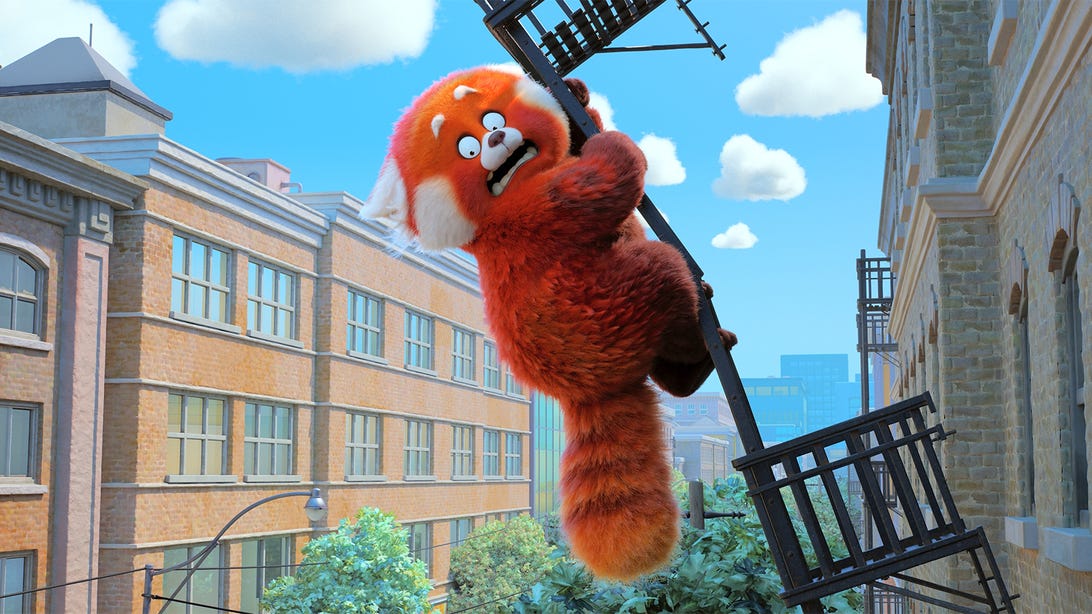 Friday, March 11 on Disney+
The early ’00s get the animated period piece treatment in Pixar’s latest family film. Turning Red follows Mei Lee (voiced by Rosalie Chiang), a 13-year-old, boy band-obsessed Chinese-Canadian girl who suddenly starts turning into a giant red panda when she gets excited. It is, as you may have gleaned, a metaphor for puberty. It’s a Pixar movie, so you know it’s going to be emotionally resonant, fun for kids and maybe even a little more fun for adults, and beautifully animated. The fur effects on this one are immaculate. -Liam Mathews [Trailer] 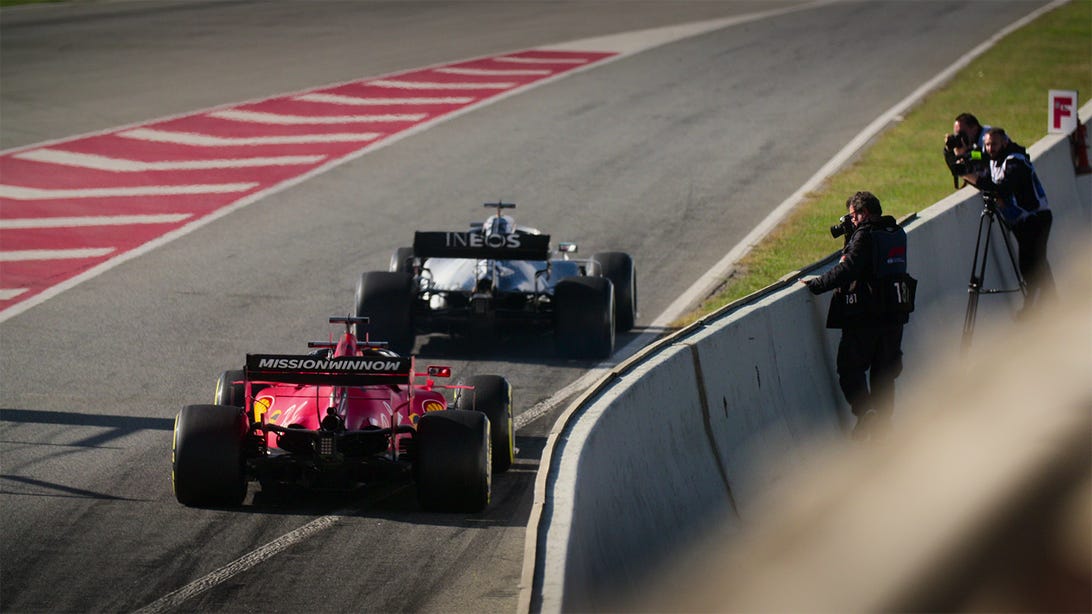 Season 4 premiere Friday, March 11 on Netflix
This unexpectedly riveting (if you’re not already a fan of Formula One racing, this will make you one) sports docuseries returns for its fourth season. This season covers the 2021 World Championship season, one of the most dramatic in the history of Formula One. A dynasty ended, history was made, and an executive was fired in controversial fashion. And acclaimed documentary producer James Gay-Rees’ cameras were there to capture it all. -Liam Mathews [Trailer] 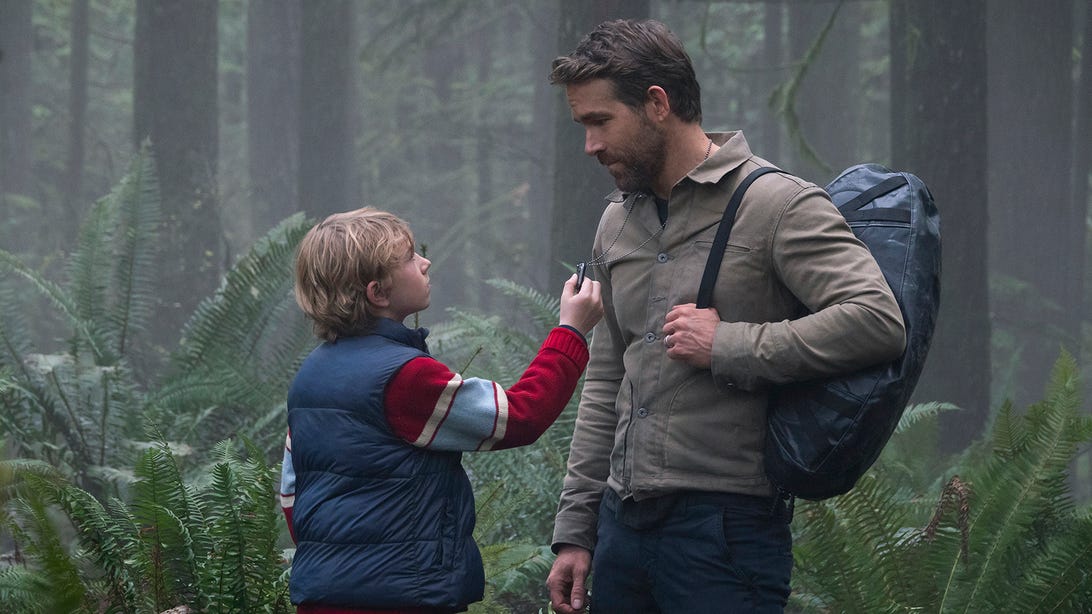 Friday, March 11 on Netflix
Directed by Stranger Things producer Shawn Levy, this sci-fi flick stars Ryan Reynolds as a time-traveling pilot named Adam who crash lands in 2022 and teams up with his younger self (Walker Scobell) to “save the future.” No pressure. Young Adam is grieving the loss of his dad, played by Mark Ruffalo, and Jennifer Garner plays Walker’s mom, making this the 13 Going on 30 reunion we all knew we needed. Bring your Razzles, which are both a candy and a gum. –Kelly Connolly [Trailer] 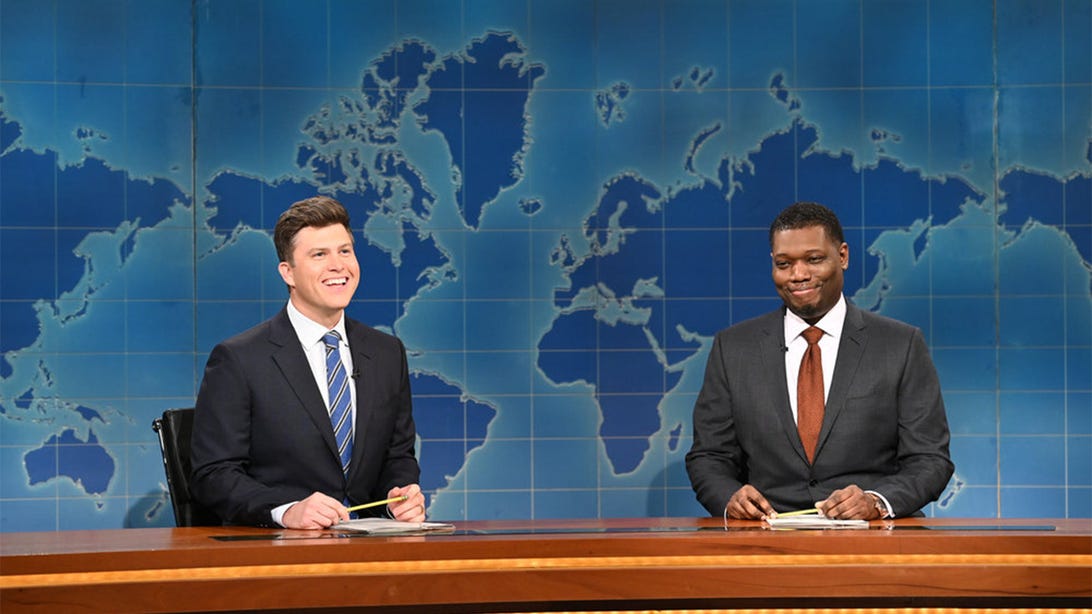 Saturday, March 12 at 11:30/10:30c on NBC
It’s a simple fact of life that we’re all obsessed with Zoë Kravitz, which means we’ll all be tuning in to see the latest stop on her promo tour for The Batman: hosting SNL for the first time. She has such chill, relaxed energy and a talent for dry humor (which she showed off in the canceled-too-soon High Fidelity — I will never forgive or forget, Hulu!) that I’m interested to see how she fares doing big, broad sketch comedy. Rosalía is the musical guest, and I hope I can absorb some of her and Kravitz’s combined coolness through my TV screen. -Allison Picurro 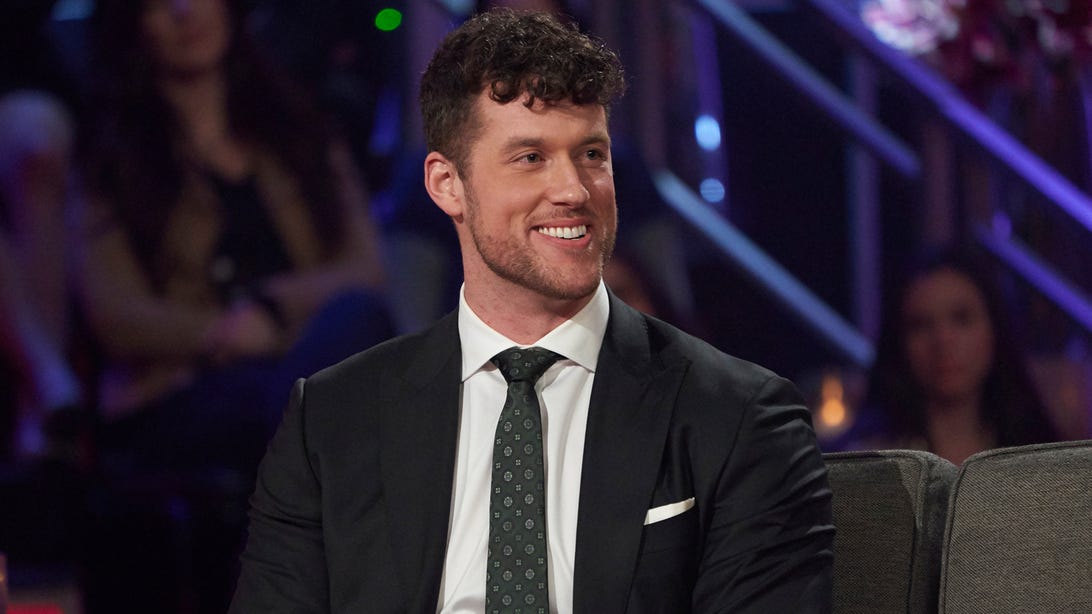 Two-part finale Monday, March 14 and Tuesday, March 15 at 8/7c on ABC
Who will *googles “Who is the Bachelor?”* Clayton Echard choose to be his lawfully wedded partner in sponcon and social media influencer riches? We’ll find out in the two-part finale that settles the dust after the fantasy suites. Has anyone considered that making a guy decide which of the three women he’s going to marry immediately after having sex with all of them is a bad idea? Cue the “true love” spiel from the host. -Tim Surette 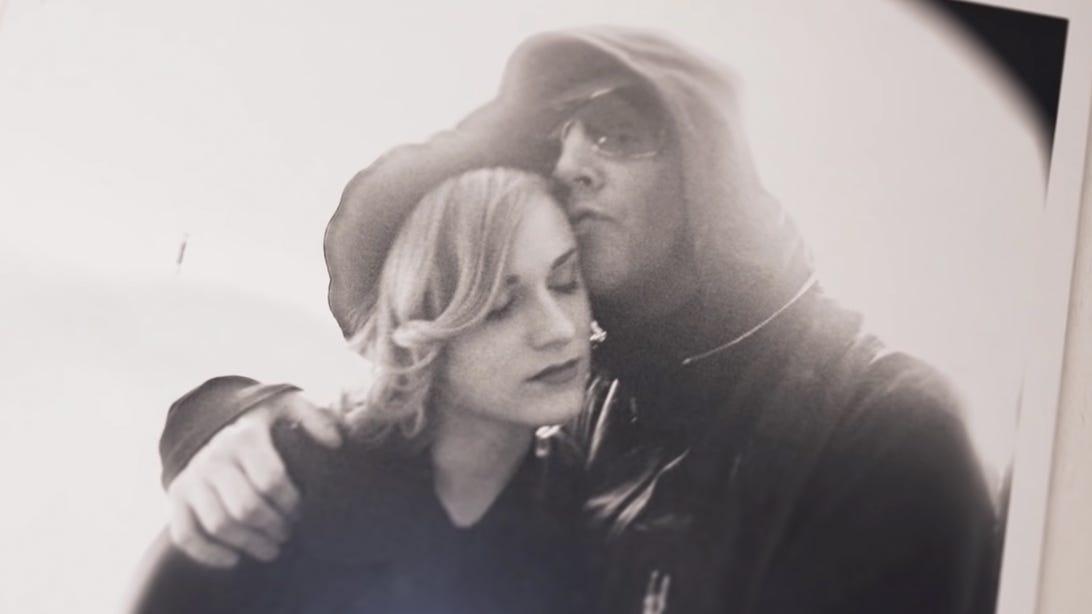 Tuesday, March 15 at 9/8c on HBO, HBO Max (Part II Wednesday, March 16 at 9/8c on HBO; Tuesday, March 15 on HBO Max)
This two-part documentary follows actress and activist Evan Rachel Wood as she goes public with physical and mental abuse allegations against her former partner Brian Warner, better known as the musician Marilyn Manson, and co-authors and lobbies for the Phoenix Act, which extended the statute of limitations on domestic violence felonies in California. Wood’s decision to speak out about her experience encouraged other alleged victims of Manson’s to come forward as well, sharing their stories of being groomed and abused in horrific ways. In response to the documentary, which alleges Manson drugged, beat, raped, and tortured Wood, Manson sued Wood for defamation. -Tim Surette [Trailer] 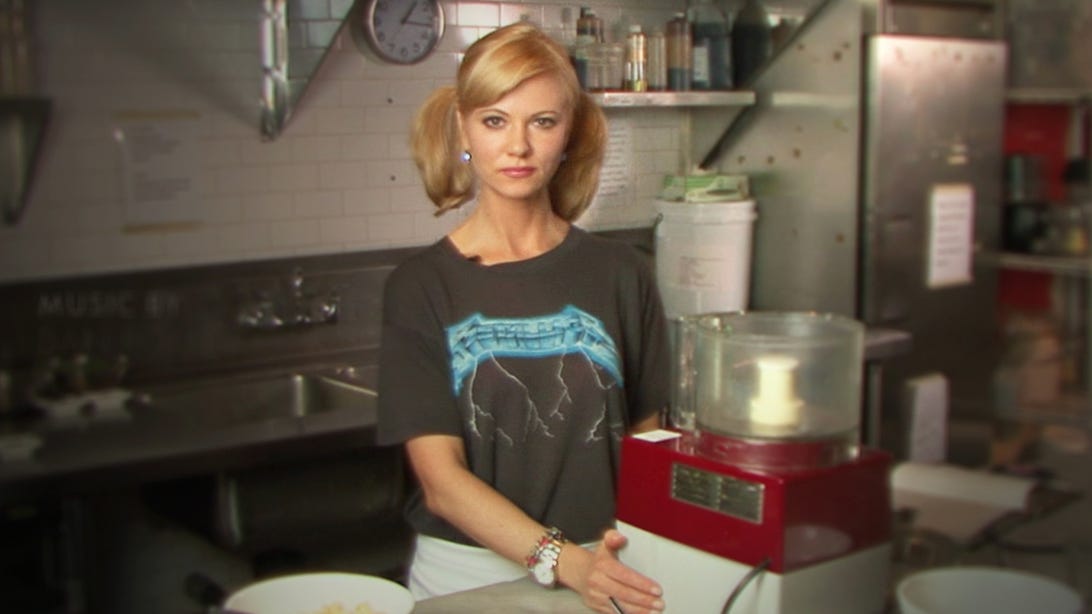 Wednesday, March 16 on Netflix
If people don’t get a new scammer show at least once a week, they’ll simply lose their minds. Netflix’s latest contribution to the season of scam TV is Bad Vegan: Fame. Fraud. Fugitives., a juicy new true crime docuseries about the rise and fall of New York’s queen of vegan cuisine, Sarma Melngailis. Melngailis’ restaurant was a celebrity hotspot until she got into a relationship with a con man who allegedly convinced her that, among other things, he could make her dog immortal. She ultimately pleaded guilty to stealing nearly $1 million from her restaurant’s investors and staff. Even if you’re starting to get scammed out, you’ll want to check this one out, because it’s got real flavor. Pizza — not the vegan kind! — is key the couple’s downfall, and a meat suit may be involved. The series comes from Chris Smith, who produced Tiger King (full name: Tiger King: Murder, Mayhem, and Madness) and directed Fyre: The Greatest Party That Never Happened. The next stage of scam TV should involve shorter titles. –Kelly Connolly [Trailer] 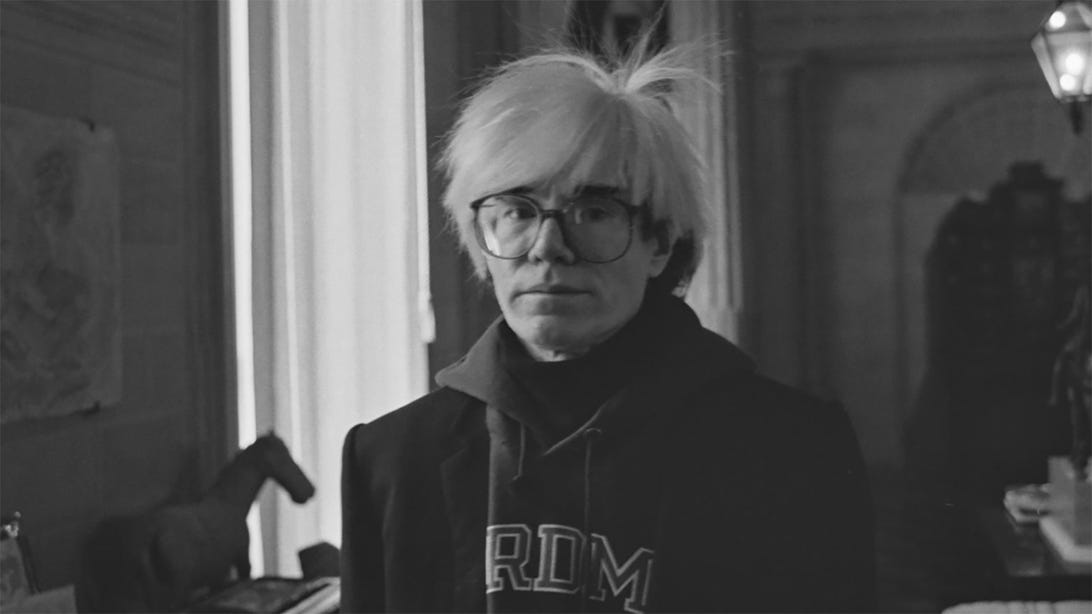 Wednesday, March 9 on Netflix
The first thing you should know about The Andy Warhol Diaries is that it’s narrated by… AI Andy Warhol. The new Netflix docuseries, produced by Ryan Murphy, scrutinizes the inscrutable artist’s inner life with the help of his posthumously published memoirs, which are “read” by a digital reproduction of Warhol’s voice. Unlike some other recent deployments of this tech, here the deepfake voice is fully approved by The Andy Warhol Foundation and seems like something he’d probably get a kick out of, unless he’d hate it. Watch the six-part series and decide for yourself. –Kelly Connolly [Trailer] 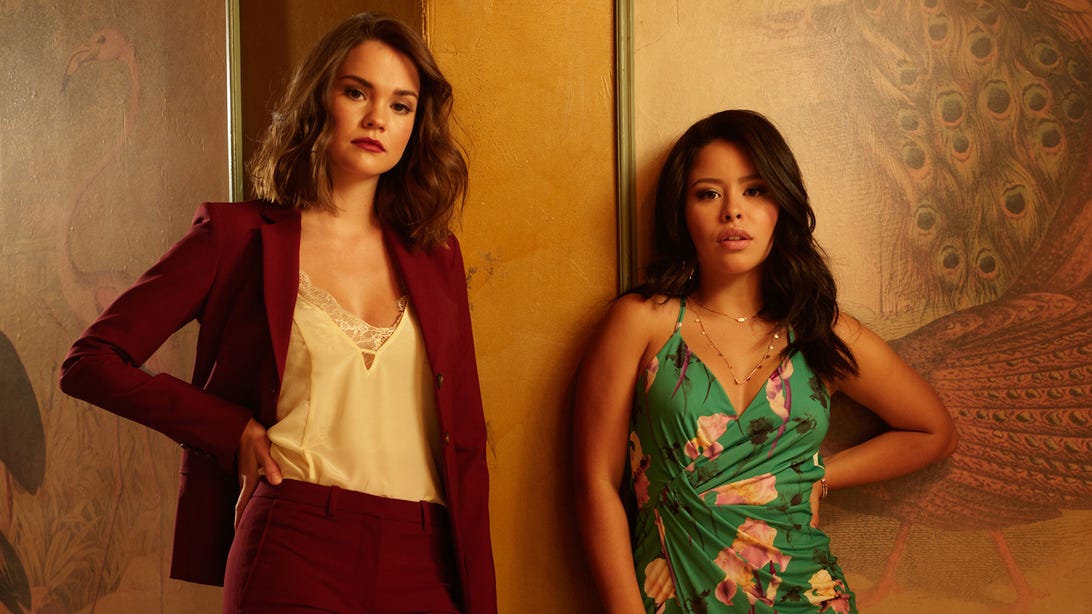 Season 4A premiered Wednesday, March 9 at 10/9c on Freeform; Thursday on Hulu
Calling all twentysomethings (and twentysomethings at heart): It’s time to get back into trouble with Callie (Maia Mitchell), Mariana (Cierra Ramirez), and the rest of the Coterie. The latest season of Good Trouble left us hanging, as Callie’s courtroom dream sequence pushed her to question what she really wants her life to look like. She heads into Season 4 with some major decisions on her plate. Meanwhile, Mariana is adding spying to her resume. That’s young adulthood for you! You seriously won’t want to miss this season. –Kelly Connolly [Trailer]