Another week with more television than you know what to do with! This week we’ve got new series based on the Theranos, Joe Exotic and Uber scandals (oh my), new movies about cannibalism and robots, and big finales on HBO and Paramount+. All that and Jean-Luc Picard is back! What a week!

On with the television! 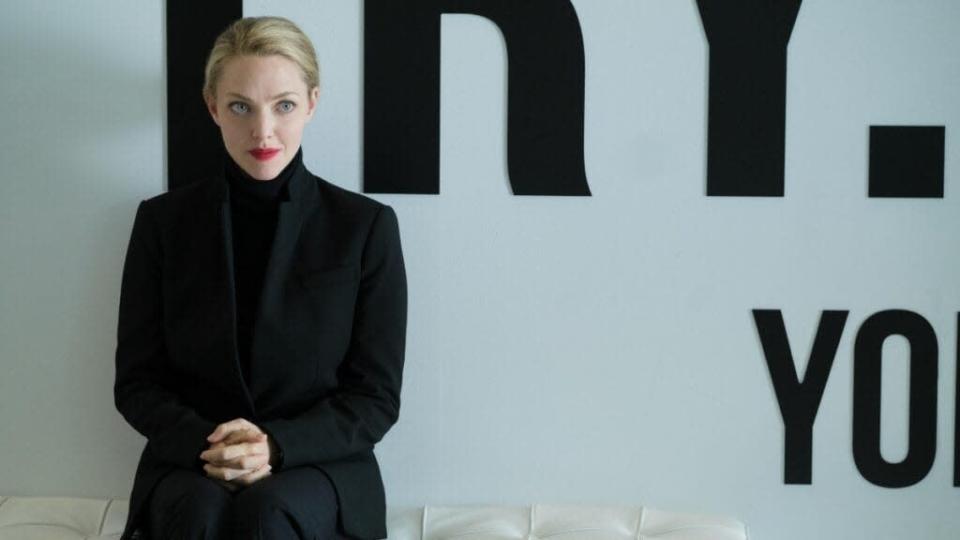 Based on the podcast of the same name by Rebecca Jarvis, “The Dropout” follows Elizabeth Holmes (played by Amanda Seyfried after Kate McKinnon, um, dropped out) and her short-lived tech company, Theranos. And you know what that means – fraud season continues! If you haven’t heard of Holmes (or watched the excellent HBO documentary “The Inventor: Out for Blood in Silicon Valley”), she touted a new technology wherein blood could be tested from a single drop. Of course, the idea had no basis in reality and she still managed to swindle plenty of people and wind up on the cover of magazines as the next Silicon Valley whiz kid. That combined with her odd affectations (dressing like Steve Jobs, pitching her voice to an unnaturally low grumble, a propensity to never blink) made her a sensation — and her fall from grace was even more catastrophic. The limited series is executive produced by “The Post” screenwriter Liz Hannah and has a supporting cast that includes Naveen Andrews, William H. Macy, Laurie Metcalf, Stephen Fry, Michael Ironside, Utkarsh Ambudkar and Alan Ruck. So, yes, this is very much must-see TV. Down to the last drop. [TRAILER] 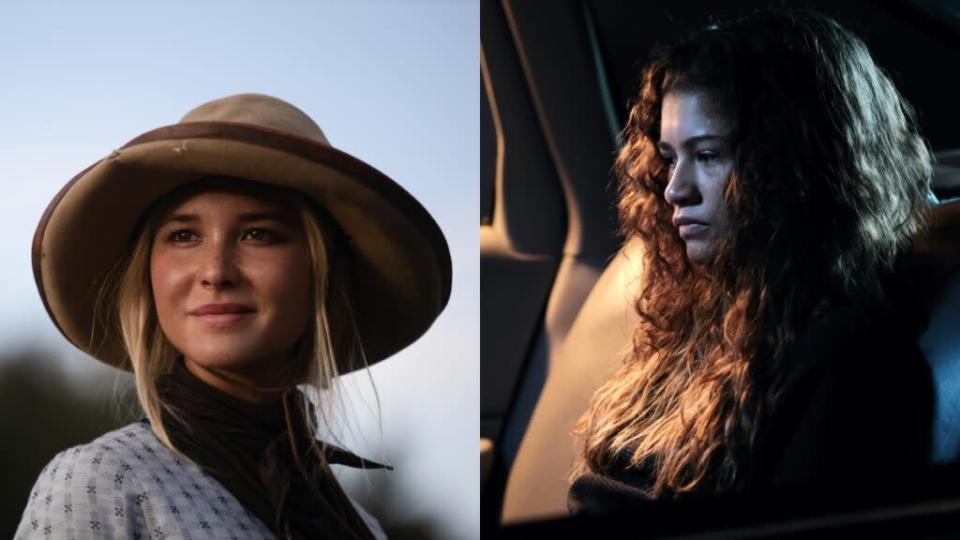 Our two favorite young female protagonists/narrators are closing the chapters of their very own books. “1883,” the first of many spinoffs that originated with Paramount Network’s blockbuster series “Yellowstone,” follows the Dutton tribe (led by Tim McGraw as James Dutton, the great-great grandfather to Kevin Costner’s John Dutton on the flagship series) as they head from Texas to Montana. What was surprising was just how much of the show was focused on young Elsa Dutton (Isabel May), whose emotional and spiritual journey formed the contours of this first season and whose wistful, philosophical, Terrence Malick-worthy narration has been a bedrock of every episode. On the penultimate episode, she finally suffered the arrow that was teased in the very first episode, and that wound leads to the Duttons settling in Montana. And then, of course, there’s Rue (Zendaya), our erstwhile narrator in “Euphoria,” who is continuing her tragic struggle to stay clean. In season 2, “Euphoria” has taken even bigger leaps – on both a narrative and visual level – and the finale, which is a continuation of last week’s big school play, should bring things to a head. [YELLOWSTONE NEWS] 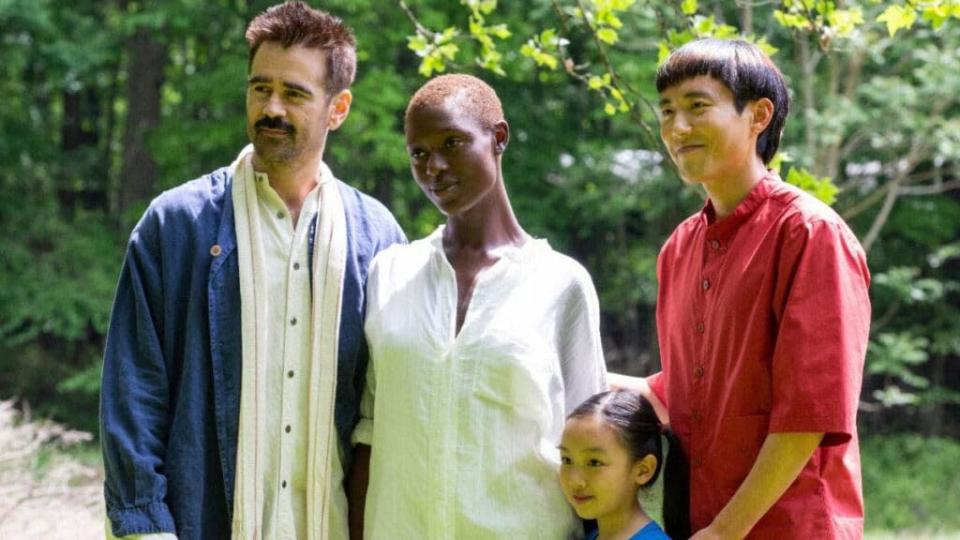 One of the breakouts of this year’s (online-only) Sundance Film Festival, A24’s “After Yang” concerns a family (led by Colin Farrell and Jodie Turner-Smith) who have to say goodbye to their robot, named Yang (Justin H. Min). Of course, this opens up all of the existential questions: What does it mean to be human? What does it mean to form a family? Written, directed and edited by the great Kogonada, who got his start doing video essays on YouTube, the film has earned rapturous reviews and looks like it will pack a huge emotional wallop. (Movies about robots always do this – think about “WALL•E!”) But really, we’ve all earned a good, cleansing cry, right? The film also will play in limited theatrical release. [REVIEW] 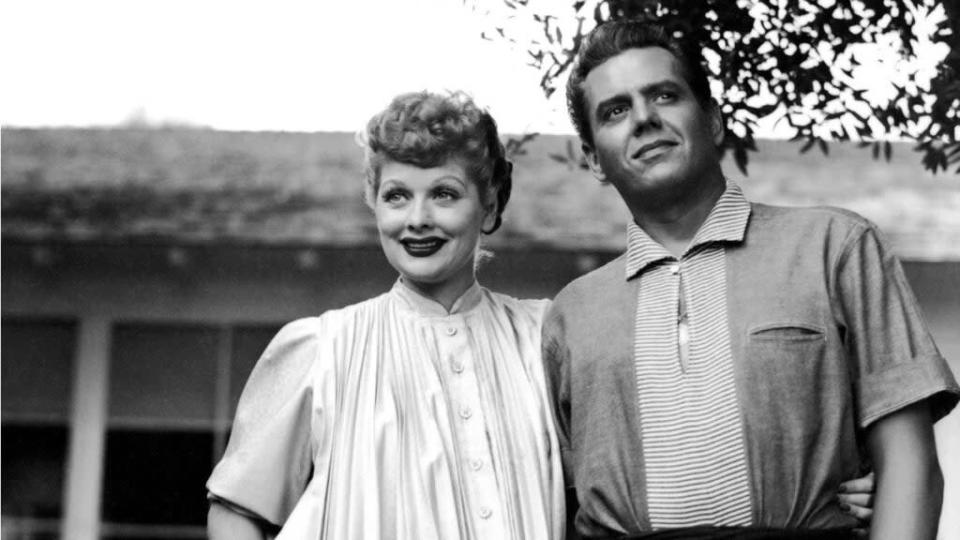 Amazon Prime Video is following its Oscar-nominated drama “Being the Ricardos,” with a new documentary about Lucille Ball and Desi Arnaz. Produced by Ron Howard and Brian Grazer and directed by Amy Poehler, “Lucy and Desi” is built around a series of audio archives, tapes that the couple made during their partnership (both on and off screen), paired with the typical talking-head commentary by people like Bette Midler, Carol Burnett and Norman Lear. Hear, in their own words, how their relationship was formed, how their comedy evolved, and how their company (Desilu) became one of the most influential powerhouses in Hollywood, responsible for shows like “Star Trek,” “The Dick Van Dyke Show,” and “Mission: Impossible.” If “Being the Ricardos” made you itchy for more Lucy/Desi stories, then this documentary will definitely scratch that itch. [REVIEW] 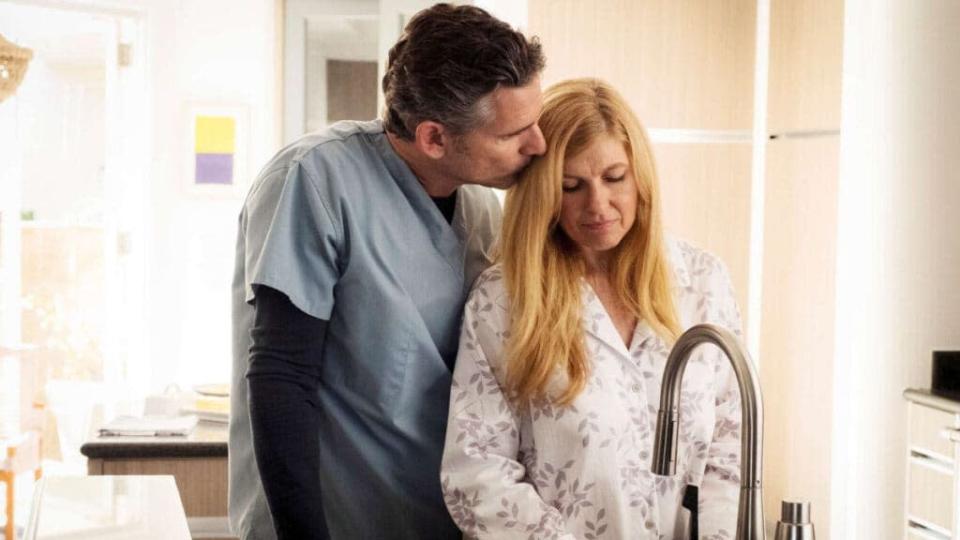 With “The Dropout” and “Joe vs. Carole” hitting Hulu this week, we thought we’d look back at another terrific true-crime series based on a popular podcast, “Dirty John.” Chances are you are well aware of the story of “Dirty John,” either via Christopher Goffard’s podcast or the myriad of documentaries and specials that aired after the podcast became a smash. But you should still watch the show. First off, the cast is almost unfathomably great, led by Eric Bana as a con man and Connie Britton as the woman who fell for him, plus supporting roles by Juno Temple, Julia Garner, Jean Smart, John Getz and Shea Whigham. (Truly, an embarrassment of riches.) There was a second season, based on another true-life crime (this time starring Christian Slater and Amanda Peet), but nothing could top that original series. [WATCH]

After three Netflix documentary series, the story of Joe Exotic and Carol Baskin finally gets the dramatic treatment, courtesy of Peacock. (A similar series set up at Amazon Studios, with Nicolas Cage playing Joe Exotic, was quietly scrapped.) This series, based on the Wondry podcast “Over My Dead Body,” stars Kate McKinnon as Carole Baskin, the tiger-loving kook with a prematurely deceased first husband, and John Cameron Mitchell as Joe Exotic, whose weird turf war has been well documented. While the subject matter might seem played out, the show can count on perfect casting (Kyle MacLachlan as Carole’s late husband is a true stroke of genius) and morbid curiosity of whether a narrative series could even come close to capturing just how bizarre this story really is. [TRAILER]

Make it so. While plot details are being kept in a Federation vault, the second season of the “Star Trek: The Next Generation” spinoff, which follows the exploits of elder statesman Picard (once again essayed by the incomparable Patrick Stewart), should feature time travel a la “Star Trek IV: The Voyage Home” or “Star Trek: First Contact.” And even more cameos from “Next Generation” cast members, like Whoopi Goldberg as Guinan and John de Lancie as Q. There’s also some more Borg business, which we always appreciate. Engage! [TRAILER]

While “The Boys” doesn’t return for its third season until June, here’s a fun little detour – a set of short, animated stories set within the larger world of “The Boys.” The talent behind the episodes is pretty dang impressive, with “Rick & Morty” co-creator Justin Roiland, “Boys” executive producers Seth Rogen and Evan Goldberg, Awkwafina, Aisha Tyler and Andy Samberg all writing episodes, alongside original comic book creator Garth Ennis. Each episode also has a completely different aesthetic, but all while maintaining that distinctive, irreverent “Boys” tone and level of hyper-violence. It might not be season 3, but for now it’ll do. [TRAILER]

Another insanely well-reviewed Sundance Film Festival breakout, “Fresh” is the directorial debut of Mimi Cave, working off a script by Lauryn Kahn. Adam McKay, currently basking in the accolades for “Don’t Look Up,” produced through his Hyperobject Industries (the shingle born after his falling out with longtime collaborator Will Ferrell). The dark comedy stars Daisy Edgar-Jones (“Normal People”) as a young woman looking for love. She thinks she’s found it in Sebastian Stan’s mysterious stranger. But things… take a turn for the cannibalistic. Probably not for the squeamish. [REVIEW]